Horace Hayman Wilson (26 September 1786 – 8 May 1860) was an English orientalist.[1] He studied medicine at St Thomas's Hospital, and went out to India in 1808 as assistant-surgeon on the Bengal establishment of the British East India Company. His knowledge of metallurgy caused him to be attached to the mint at Calcutta, where he was for a time associated with John Leyden.

He became deeply interested in the ancient language and literature of India, and by the recommendation of Henry Thomas Colebrooke, he was in 1811 appointed secretary to the Asiatic Society of Bengal. In 1813 he published the Sanskrit text with a graceful, if somewhat free, translation in English rhymed verse of Kalidasa's charming lyrical poem, the Meghaduuta, or Cloud-Messenger.[2]

He prepared the first Sanskrit-English Dictionary (1819) from materials compiled by native scholars, supplemented by his own researches. This work was only superseded by the Sanskritwörterbuch (1853–1876) of Rudolf Roth and Otto von Böhtlingk, who expressed their obligations to Wilson in the preface to their great work.

He was interested in Ayurveda and traditional Indian medical and surgical practices. He compiled the local practices observed for cholera and leprosy in his publications in the Medical and Physical Society of Calcutta.[3][4] 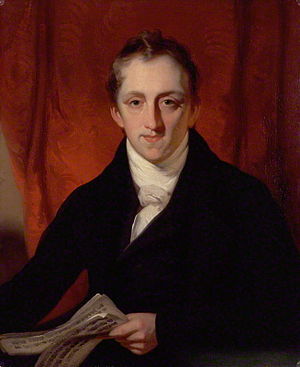 In 1827 Wilson published Select Specimens of the Theatre of the Hindus, which contained a very full survey of the Indian drama, translations of six complete plays and short accounts of twenty-three others. His Mackenzie Collection (1828) is a descriptive catalogue of the extensive collection of Oriental, especially South Indian, manuscripts and antiquities made by Colonel Colin Mackenzie, then deposited partly in the India Office, London (now part of the Oriental and India Office Collections of the British Library) and partly at Madras (Chennai). He also wrote a Historical Sketch of the First Burmese War, with Documents, Political and Geographical (1827), a Review of the External Commerce of Bengal from 1813 to 1828 (1830), a translation of Vishnu Purana (1840), and a History of British India from 1805 to 1835, (1844–1848) in continuation of James Mill's 1818 The History of British India.

He acted for many years as secretary to the committee of public instruction, and superintended the studies of the Sanskrit College in Calcutta. He was one of the staunchest opponents of the proposal that English should be made the sole medium of instruction in native schools, and became for a time the object of bitter attacks. In 1832 Oxford University selected Dr. Wilson to be the first occupant of the newly founded Boden chair of Sanskrit: he had placed a column length advertisement in The Times on 6 March 1832 p 3, giving a list of his achievements and intended activities, along with testimonials, including one from a rival candidate, as to his suitability for the post. In 1836 he was appointed librarian to the East India Company. He also taught[5] at the East India Company College. He was a member of the Medical and Physical Society of Calcutta and was an original member of the Royal Asiatic Society, of which he was director from 1837 up to the time of his death. Wilson is buried in Kensal Green Cemetery.