From Infogalactic: the planetary knowledge core
Jump to: navigation, search
For other uses, see Hostage (disambiguation). 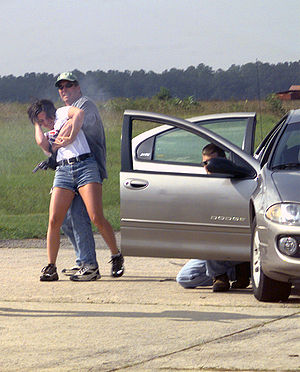 Police often train to recover hostages taken by force, as in this exercise

A hostage is a person or entity which is held by one of two belligerent parties to the other or seized as security for the carrying out of an agreement, or as a preventive measure against war. However, in contemporary usage, it means someone who is seized by a criminal abductor in order to compel another party such as a relative, employer, law enforcement, or government to act, or refrain from acting, in a particular way, often under threat of serious physical harm to the hostage(s) after expiration of an ultimatum.

The English word "hostage" derives from French ostage, modern otage, from Late Latin obsidaticum (Medieval Latin ostaticum, ostagium), the state of being an obses (plural obsides), "hostage", from Latin obsideō ("I haunt / frequent / blockade / besiege"), but an etymological connection was later supposed with Latin hostis ("stranger," later "enemy"). This long history of political and military use indicates that political authorities or generals would legally agree to hand over one or usually several hostages in the custody of the other side, as guarantee of good faith in the observance of obligations. These obligations would be in the form of signing of a peace treaty, in the hands of the victor, or even exchange hostages as mutual assurance in cases such as an armistice. Major powers, such as Ancient Rome[1] and the British who had colonial vassals, would especially receive many such political hostages, often offspring of the elite, even princes or princesses who were generally treated according to their rank and put to a subtle long-term use where they would be given an elitist education or possibly even a religious conversion. This would eventually influence them culturally and open the way for an amicable political line if they ascended to power after release.

This caused the element gīsl = "hostage" in many old Germanic personal names, and thus in placenames derived from personal names, for example Isleworth in west London (UK) from Anglo-Saxon Gīslheres wyrð (= "enclosure belonging to [a man called] Gīslhere").

The practice of taking hostages is very ancient, and has been used constantly in negotiations with conquered nations, and in cases such as surrenders, armistices and the like, where the two belligerents depended for its proper carrying out on each other's good faith. The Romans were accustomed to take the sons of tributary princes and educate them at Rome, thus holding a security for the continued loyalty of the conquered nation and also instilling a possible future ruler with ideas of Roman civilization. The practice was also commonplace in the Imperial Chinese tributary system, especially between the Han and Tang dynasties. 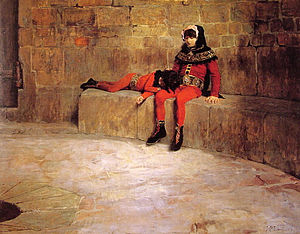 The practice continued through the early Middle Ages. The Irish High King Niall of the Nine Hostages got his epithet Noígiallach because, by taking nine petty kings hostage, he had subjected nine other principalities to his power.

This practice was also adopted in the early period of the British occupation of India, and by France in her relations with the Arab tribes in North Africa. The position of a hostage was that of a prisoner of war, to be retained till the negotiations or treaty obligations were carried out, and liable to punishment (in ancient times), and even to death, in case of treachery or refusal to fulfil the promises made.

The practice of taking hostages as security for the carrying out of a treaty between civilized states is now obsolete. The last occasion was at the Treaty of Aix-la-Chapelle (1748), ending the War of the Austrian Succession, when two British peers, Henry Bowes Howard, 11th Earl of Suffolk, and Charles, 9th Baron Cathcart, were sent to France as hostages for the restitution of Cape Breton to France.

In France, after the revolution of Prairial (June 18, 1799), the so-called law of hostages was passed, to meet the royalist insurrection in La Vendée. Relatives of émigrés were taken from disturbed districts and imprisoned, and were liable to execution at any attempt to escape. Sequestration of their property and deportation from France followed on the murder of a republican, four to every such murder, with heavy fines on the whole body of hostages. The law only resulted in an increase in the insurrection. Napoleon in 1796 had used similar measures to deal with the insurrection in Lombardy (Correspondence de Napoléon I. i. 323, 327, quoted in Hall, International Law).

In later times the practice of official war hostages may be said to be confined to either securing the payment of enforced contributions or requisitions in an occupied territory and the obedience to regulations the occupying army may think fit to issue; or as a precautionary measure, to prevent illegitimate acts of war or violence by persons not members of the recognized military forces of the enemy. 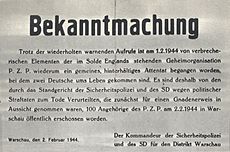 German announcement of the execution of 100 Polish hostages as revenge for death of 2 Germans in Warsaw, occupied Poland, February 1944

During the Franco-Prussian War of 1870, the Germans took as hostages the prominent people or officials from towns or districts when making requisitions and also when foraging, and it was a general practice for the mayor and adjoint of a town which failed to pay a fine imposed upon it to be seized as hostages and retained till the money was paid. Another case where hostages have been taken in modern warfare has been the subject of much discussion. In 1870 the Germans found it necessary to take special measures to put a stop to train-wrecking by parties in occupied territory not belonging to the recognized armed forces of the enemy, an illegitimate act of war. Prominent citizens were placed on the engine of the train so that it might be understood that in every accident caused by the hostility of the inhabitants their compatriots will be the first to suffer. The measure seems to have been effective. In 1900 during the Second Boer War, by a proclamation issued at Pretoria (June 19), Lord Roberts adopted the plan for a similar reason, but shortly afterwards (July 29) it was abandoned (see The Times History of the War in S. Africa, iv. 402).

The Germans also, between the surrender of a town and its final occupation, took hostages as security against outbreaks of violence by the inhabitants.

Most writers on international law have regarded this method of preventing such acts of hostility as unjustifiable, on the ground that the persons taken as hostages are not the persons responsible for the act; that, as by the usage of war hostages are to be treated strictly as prisoners of war, such an exposure to danger is transgressing the rights of a belligerent; and as useless, for the mere temporary removal of important citizens till the end of a war cannot be a deterrent unless their mere removal deprives the combatants of persons necessary to the continuance of the acts aimed at (see W. E. Hall, International Law, 1904, pp. 418, 475). On the other hand it has been urged (L. Oppenheim, International Law, 1905, vol. ii., War and Neutrality, pp. 271–273) that the acts, the prevention of which is aimed at, are not legitimate acts on the part of the armed forces of the enemy, but illegitimate acts by private persons, who, if caught, could be quite lawfully punished, and that a precautionary and preventive measure is more reasonable than reprisals. It may be noticed, however, that the hostages would suffer should the acts aimed at be performed by the authorized belligerent forces of the enemy. 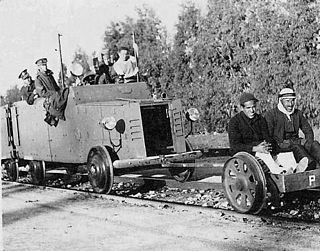 A British armoured railway wagon behind a railcar on which two Arab hostages are seated, 1936. 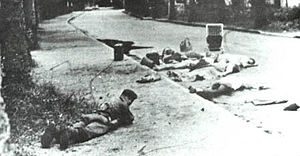 Article 50 of the 1907 Hague Convention on Land Warfare provides that: "No general penalty, pecuniary or otherwise, can be inflicted on the population on account of the acts of individuals for which it cannot be regarded as collectively responsible." The regulations, however do not allude to the practice of taking hostage.

In May 1871, at the close of the Paris Commune, took place the massacre of the so-called hostages. Strictly they were not hostages, for they had not been handed over or seized as security for the performance of any undertaking or as a preventive measure, but merely in retaliation for the death of their leaders E. V. Duval and Gustave Flourens. It was an act of maniacal despair, on the defeat at Mont Valrien on the 4 April and the entry of the army into Paris on the 21 May. Among the many victims who were shot in batches the most noticeable were Georges Darboy, archbishop of Paris, the Abbé Deguery, curé of the Madeleine, and the president of the Court of Cassation, Louis Bernard Bonjean.

Taking hostages is today considered a crime or an act of terrorism; the use of the word in this sense of abductee became current only in the 1970s. The criminal activity is known as kidnapping. An acute situation where hostages are kept in a building or a vehicle that has been taken over by armed terrorists or common criminals is often called a hostage crisis.

Common Article 3 of the 1949 Geneva Conventions states that the taking of hostages during an internal conflict is a war crime and shall remain prohibited at any time and in any place whatsoever. In international conflicts, Articles 34 and 147 of the Fourth Geneva Convention states that using civilians as hostages is a grave breach of the Convention. These conventions are supplemented by Article 75(2)(c) of Additional Protocol I in international conflicts and Article 4(2)(c) of Additional Protocol II in internal conflicts.[2]

The International Convention against the Taking of Hostages—which prohibits hostage taking and mandates the punishment of hostage takers—was adopted by the United Nations General Assembly in 1979. The treaty came into force in 1983 and has been ratified by all but 24 of the member states of the United Nations.

Hostage taking is still often politically motivated or intended to raise a ransom or to enforce an exchange against other hostages or even condemned convicts. However in some countries hostage taking for profit has become an "industry", ransom often being the only demand.

Hostage taking in the United States 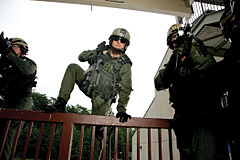 (a) Except as provided in subsection (b) of this section, whoever, whether inside or outside the United States, seizes or detains and threatens to kill, to injure, or to continue to detain another person in order to compel a third person or a governmental organization to do or abstain from doing any act as an explicit or implicit condition for the release of the person detained, or attempts or conspires to do so, shall be punished by imprisonment for any term of years or for life and, if the death of any person results, shall be punished by death or life imprisonment.

The Hostage Taking Act is a subsection of the International Convention Against the Taking of Hostages. It became enforceable in the United States January 6, 1985.[6]

In old Germanic peoples the word for "hostage" (gīsl and similar) sometimes occurred as part of a man's name: Ēadgils, Cynegils, Gīslheard, Gīslbeorht, etc.; sometimes when a man from one nation was hostage in another nation, his position as hostage was more or less voluntary: for example the position of Æscferð son of Ecglāf, who was a Northumbrian hostage in Wessex; he fought under Byrhtnōð against Vikings in the Battle of Maldon on 10 August 991 AD (ref. lines 265 etseq), and probably died in battle there.

Sometimes the word "hostage" is used metaphorically, for example: "The school did not buy the land because its headmaster missed the train to the meeting because of a road traffic accident; the whole matter thus proved to be hostage to one misbehaving carriage horse."[7]

In Dutch law the state can take people 'hostage' (gijzeling in Dutch) to force people to appear in court or (in civil cases) if the person refuses to pay his or her debts. In the latter case, the person in question is imprisoned one day for each €50 that are owed without cancellation of the debt.[8]