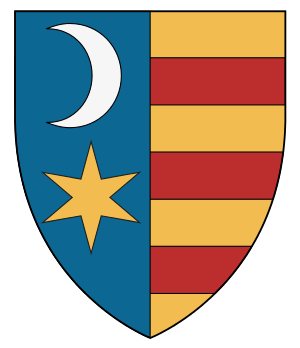 Arms of the House of Draculesti

The Drăculești were one of two major rival lines of Wallachian voivodes of the House of Basarab, the other being the Dănești. [1] These lines were in constant contest for the throne from the late fourteenth to the early sixteenth centuries. Descendants of the line of Drăculești would eventually come to dominate this principality until its unification with Transylvania and Moldavia by Mihai Viteazul in 1600.

Members of the Drăculești line

Members of the Drăculești line who held the throne of Wallachia include the following: