The House of Grimaldi is associated with the history of the Republic of Genoa, Italy and of the Principality of Monaco. 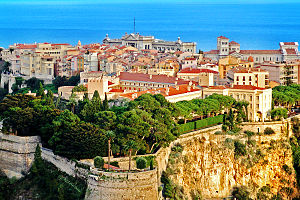 The Grimaldi descend from Grimaldo, a Genoese statesman at the time of the early Crusades. He may have been a son of Otto Canella, a consul of the Republic of Genoa in 1133. In turn Grimaldo became a consul in 1160, 1170 and again in 1184. His numerous descendants led maritime expeditions throughout the Mediterranean, the Black Sea, and soon the North Sea. They quickly became one of the most powerful families of Genoa.

The Grimaldis feared that the head of a rival Genoese family could break the fragile balance of power in a political coup and become lord of Genoa, as had happened in other Italian cities. They entered into a Guelphic alliance with the Fieschi family and defended their interests with the sword. The Guelfs however were banned from the City in 1271, and found refuge in their castles in Liguria and Provence. They signed a treaty with Charles of Anjou, King of Naples and Count of Provence to retake control of Genoa, and generally to provide mutual assistance. In 1276, they accepted a peace under the auspices of the Pope, which however did not put an end to the civil war. Not all the Grimaldis chose to return to Genoa, as they preferred to settle in their fiefdoms, where they could raise armies.

In 1299, the Grimaldis and their allies launched a few galleys to attack the port of Genoa before taking refuge on the Western Riviera. During the following years, the Grimaldis entered into different alliances that would allow them to return to power in Genoa. This time, it was the turn of their rivals, the Spinola family, to be exiled from the city. During this period, both the Guelphs and Ghibellines took and abandoned the castle of Monaco, which was ideally located to launch political and military operations against Genoa. Therefore, the tale of Francis Grimaldi and his faction — who took the castle of Monaco disguised as friars in 1297 — is largely anecdotal.

In the early 14th century, the Aragonese raided the shores of Provence and Liguria, challenging Genoa and King Robert of Provence. In 1353, the combined fleet of eighty Venetian and Aragonese galleys gathered in Sardinia to meet the fleet of sixty galleys under the command of Anthony Grimaldi. Only nineteen Genoese vessels survived the battle. Fearing an invasion, Genoa rushed to request the protection of the Lord of Milan.

Several of the oldest feudal branches of the House of Grimaldi appeared during these conflicts, such as the branches of Antibes, Beuil, Nice, Puget, and Sicily. In 1395, the Grimaldis took advantage of the discords in Genoa to take possession of Monaco, which they then ruled as a condominium. This is the origin of today's principality.

As was customary in Genoa, the Grimaldis organised their family ties within a corporation called albergo. In the political reform of 1528, the Grimaldi became one of the 28 alberghi of the Republic of Genoa, which included the Doria and Pallavicini families, and to which other families were formally invited to join. The House of Grimaldi provided several doges, cardinals, cabinet ministers, and military officers of historical note.

By convention, sovereign European houses are reckoned in the male line.[citation needed] Therefore, since 1731, it has been determined genealogically that it was in fact the French noble House of Goyon-Matignon that ruled as Princes of Monaco until 1949. However, one of the terms of James de Goyon de Matignon becoming Prince of Monaco jure uxoris was that he adopt the name and arms of Grimaldi so that the house would be preserved on the throne, and the right of succession was through his wife Louise-Hippolyte Grimaldi, who abdicated in her husband's favour. Similarly, when Charlotte Louvet was legitimised in 1911 and made successor to Monaco, her husband, Count Pierre de Polignac, adopted, as a condition of the marriage, the name and arms of Grimaldi. In this way the "Grimaldi" name and arms were continued. There is a branch of the Grimaldi family in England who believe they have more right to the throne as they are descended from an all-male line from Alessandro Maria Grimaldi, an exile from Genoa, himself a direct descendant of Otto Canella, the father of Grimaldo Canella, who started the patronymic "Grimaldi."

Until 2002, a treaty between Monaco and France stated that if the reigning Prince ever failed to leave dynastic offspring then sovereignty over the Grimaldi realm would revert to France. The 2002 agreement modified this to expand the pool of potential heirs to dynastic collaterals of the reigning Prince (excluding adoptive heirs, hitherto allowed, e.g. Princess Charlotte and her descendants), guaranteeing Monegasque independence. Article I of Monaco's house law requires that the reigning Prince or Princess bear the surname of Grimaldi.

The coat of arms of the House of Grimaldi is simply described as fusily argent and gules, i.e., a red and white diamond pattern. 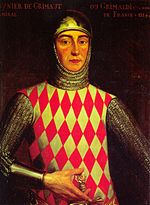 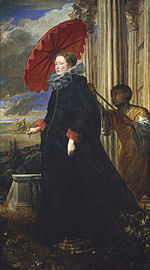