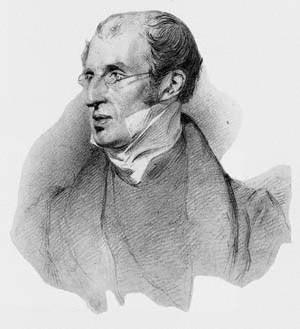 Hugh James Rose (9 June 1795 – 22 December 1838) was an English churchman and theologian who served as the second Principal of King's College London.

He was born at Little Horsted in Sussex, and educated at Uckfield School and at Trinity College, Cambridge, where he graduated B.A. in 1817, but missed a fellowship. Taking holy orders, he was appointed to Buxted, Sussex, in 1819, and to the vicarage of Horsham in 1821.[1]

He had already attained some repute as a critic, which was enhanced when, after travelling in Germany, he delivered as select preacher at Cambridge, four addresses against rationalism, published in 1825 as The State of the Protestant Religion in Germany. The book was severely criticized in Germany, and in England by Edward Pusey.

In 1827 Rose was collated to the prebend of Middleton; in 1830 he accepted the rectory of Hadleigh, Suffolk, and in 1833 that of Fairsted, Essex, and in 1835 the perpetual curacy of St Thomas's, Southwark. Rose was a high churchman, who to propagate his views in 1832 founded the British Magazine and so came into touch with the leaders of the Oxford Movement. Out of a conference at his rectory in Hadleigh came the Association of Friends of the Church, formed by Hurrell Froude and William Palmer.

In 1833–1834 he was professor of divinity at the University of Durham, a post which ill-health forced him to resign. In 1836 he became editor of the Encyclopædia Metropolitana, and he projected the New General Biographical Dictionary,[2] a scheme carried through by his brother Henry John Rose (1800–1873).

He was appointed Principal of King's College London, in October 1836, but he was attacked by influenza, and after two years of ill-health he died in Italy. He is buried in the English Cemetery, Florence, his name in the register given as 'Ugo Giacomo Rose', his Scipio tomb having a lengthy epitaph in Latin.