The IV Corps, Army of the Potomac, was created on March 13, 1862, and placed under the command of Erasmus D. Keyes, who had commanded a brigade at First Bull Run. It consisted initially of three divisions, under Darius N. Couch, Silas Casey, and William F. “Baldy” Smith. Couch's division was transferred to join VI Corps during the Antietam Campaign and remained with them for the duration of the war. The corps' peak strength (in early 1862) was 37,000 men. 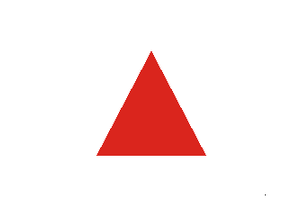 The corps took part in George B. McClellan's Peninsula Campaign of 1862, playing a major role in repulsing Confederate attacks at Seven Pines and Malvern Hill. After the campaign, IV Corps remained on the Peninsula, with Couch's division later detached. The corps was attached to the Department of Virginia under John A. Dix, and took part (along with VII Corps) in minor diversionary actions against Richmond during the Gettysburg Campaign. The corps was officially discontinued on August 1, 1863. Elements of IV Corps were later absorbed into XVIII Corps.

This corps was created on October 10, 1863, from the remnants of XX and XXI Corps, both of which had suffered heavy casualties at Chickamauga. It was initially commanded by Gordon Granger and its division commanders were Philip Sheridan, Charles Cruft, and Thomas J. Wood. It served with distinction in the famous unordered attack on Missionary Ridge at Chattanooga, and served in the Knoxville and Atlanta Campaigns. During John B. Hood's Franklin-Nashville Campaign, General William T. Sherman left the IV (and XXIII Corps), under the overall command of General George H. Thomas, to defend Tennessee, and the corps was heavily engaged in the battles at Spring Hill, Franklin, and Nashville. When the force Thomas commanded at Nashville was divided, he was left in command only of the IV Corps and cavalry under James H. Wilson and George Stoneman. The IV Corps was ordered to block the mountain passes and prevent a potential retreat by Lee's army into the mountains.

Records differ regarding the further history of the corps. Two sources[2] report that it was deactivated on August 1, 1865. A third[3] reports that after the war it was sent to Texas as part of the U.S. Army detachment dispatched to persuade French Emperor Napoleon III to withdraw his troops from Mexico, and was not disbanded until December 1865.