Incirlik Air Base (Turkish: İncirlik Hava Üssü) (IATA: UAB, ICAO: LTAG) is an air base, located in the İncirlik quarter of the city of Adana. The base is within an urban area of 1.7 million people,[1] 10 kilometres east of the city core, and 32 kilometres inland from the Mediterranean Sea. The United States Air Force and the Turkish Air Force are the primary users of the air base, although it is also used by the Royal Air Force.

Incirlik Air Base is the home of the 10th Air Wing (Ana Jet Üs or AJÜ) of the 2nd Air Force Command (Hava Kuvvet Komutanlığı) of the Turkish Air Force (Türk Hava Kuvvetleri). Other wings of this command are located in Merzifon (LTAP), Malatya/Erhaç (LTAT) and Diyarbakır (LTCC).[2]

The decision to build the Incirlik Air Base was made during the Second Cairo Conference in December 1943, but construction works began after the end of the Second World War. The U.S. Army Corps of Engineers began construction of the Incirlik Air Base in the spring of 1951. The U.S. Air Force initially planned to use the base as an emergency staging and recovery site for medium and heavy bombers. The Turkish General Staff and the U.S. Air Force signed a joint-use agreement for the new Air Base in December 1954. On 21 February 1955, the Air Base was officially named Adana Air Base, with the 7216th Air Base Squadron as the host unit. This Air Base was renamed the "Incirlik Air Base" on 28 February 1958.

Even the early years of its existence proved the value of the presence of the Incirlik Air Base in Turkey, not only to counter the threat of the communist Soviet Union during the Cold War, but also to responding to crises in the Middle East, such as in Lebanon and Israel.

Project 119L, a public U.S. Air Force weather balloon launching program served as a cover story (misinformation) for the true objective of the Incirlik Air Base: to mount strategic reconnaissance missions over the Soviet Union. Under the codename "GENETRIX", these balloon launches were carried out beginning on February 1956. Following some weather balloon operations, pilots began flying American Lockheed U-2 airplane reconnaissance missions as part of "Operation Overflight" by late 1957, including on nonstop flights back and forth between Incirlik and a NATO Air Base at the Norwegian town Bodø.

In addition, U.S. Air Force Boeing RB-47H Stratojets and U.S. Navy P4M-1Q Mercator and A3D-1Q Skywarrior reconnaissance flights operated from here into Soviet-claimed air space over the Black Sea and the Caspian Sea, and also as far east as Afghanistan. The Incirlik Air Base was the main U-2 flight base in this entire region until 1 May 1960, when a volley of about 14 Soviet SA-2 surface-to-air missiles shot down the U-2 of the American CIA pilot Francis Gary Powers near Sverdlovsk, Russia, a test site in the Soviet Union's Intercontinental Ballistic Missile (ICBM) program.

The Lebanon crisis of 1958 arose during the summer of 1958, prompting the President Dwight D. Eisenhower of the United States to order the U.S. Air Force Tactical Air Command "Composite Air Strike Force Bravo" (several squadrons) to fly immediately from the United States to Incirlik. This Composite Air Strike Force consisted of F-100 Super Sabres, B-57 Canberras, RF-101 Voodoos, B-66 Destroyers, along with the supporting WB-66 weather planes. These aircraft and their supporting airmen overwhelmed the facilities of the Incirlik Air Base – which were also supporting air transport planes that carried a U.S. Army infantry battalion from Germany to Lebanon. In the event, the U.S. Army and the U.S. Marine Corps were not involved in ground fighting. The U.S. Air Force warplanes flew non-combat missions to cover allied troop movements, to carry out a show-of-force flights over Lebanon, including over Beirut, aerial reconnaissance flights, and true news and propaganda leaflet drops on Lebanon.

As a part of an effort to bring units with combat experience into the region of Turkey, the U.S. Air Forces in Europe (USAFE) inactivated the 7216th Air Base Squadron, which had been promoted to an Air Base Group, and activated the 39th Tactical Group in its place at Incirlik on 1 April 1966. This Air Base Group assumed control of the permanent Air Force support units there, and it hosted the rotational Air Force squadrons that conducted training operations, and also maintained a NATO deterrent air force at the Incirlik Air Base.

As a training site

After the Lebanon crisis, the Tactical Air Command deployed F-100 fighter squadrons on 100-day rotations to Incirlik from the United States. The flying mission at Incirlik further diversified in 1970 when the Turkish Air Force agreed to allow the U.S. Air Forces in Europe to use its air-to-ground missile testing range at 240 km northwest Konya, providing a suitable training area for the warplane squadrons deployed to Incirlik. These units also conducted training at Incirlik’s offshore air-to-air missile range over the Mediterranean Sea.

Throughout the 1970s and 1980s, except during the Cyprus dispute, many types of U.S. Air Force warplanes, including F-4 Phantom IIs, F-15 Eagles, F-16 Fighting Falcons, F-111 Aardvarks, A-10 Thunderbolt IIs, and the C-130 Hercules were based at Incirlik.

In mid-1975, the Turkish government announced that all U.S. military bases in Turkey would be closed and transferred to the Turkish Air Force. This action was in response to an arms embargo that the United States Congress imposed on Turkey for using American-supplied equipment during the Turkish invasion of Cyprus in 1974. Only Incirlik Air Base and İzmir Air Base remained open due to their NATO responsibilities, but all non-NATO activities at these locations were suspended.

After Congress lifted the embargo in September 1978, and also restored military and naval assistance to Turkey, normal operations resumed in Turkey, and the United States and Turkey signed a "Defense and Economic Cooperation Agreement" (DECA) on 29 March 1980. After signing the DECA, the USAFE initiated the "Turkey Catch-up Plan" to improve the quality-of-life of airmen stationed at Incirlik. One of the major projects was a completely new base housing complex for airmen and officers.

After Iraq's 1990 invasion of neighboring Kuwait, the 7440th Composite Wing (Provisional) assumed operational control of the 39th Tactical Group. The 7440th was the air component of Joint Task Force Proven Force, which eventually controlled 140 aircraft and opened a northern front, forcing Iraq to split its defenses between the north and the south, where the main thrust of coalition attacks originated as part of Operation "Desert Storm". Following the war, Incirlik hosted "Combined Task Force Provide Comfort", which oversaw Operation Provide Comfort (OPC), the effort to provide humanitarian relief to millions of Kurdish refugees in northern Iraq.

The 39th TACG was redesignated the 39th Wing on 1 October 1993 and restructured as a standard Air Force objective wing.

The U.S. State Department’s "Operation Quick Transit" evacuated thousands of Kurds from northern Iraq late in 1996. The wing provided logistical support in Turkey to this operation, which signaled the end of the humanitarian aspect of Operation Provide Comfort (OPC). OPC ended 31 December 1996, and Operation Northern Watch (ONW) took its place 1 January 1997 with the task to enforce the U.N.-sanctioned no-fly zone north of the 36th parallel in Iraq.

In response to the September 11, 2001 attacks, Operation Enduring Freedom began in October 2001. Incirlik served as a main hub for missions in support for the war in Afghanistan, including humanitarian airlift operations, MC-130 special operations missions, KC-135 refueling missions and sustainment operations for deployed forces. The aerial port managed a 6-fold increase in airflow during the height of OEF. When the main bases in Afghanistan ( Bagram Airfield ) and the Uzbekistan air base ( Karshi-Khanabad Air Base ) were in use the Incirlik's airflow supporting OEF decreased to a baseline sustainment level.

ONW ended with the start of the Iraq War on March 19, 2003. ONW flew its last patrol on 17 March 2003, and closed a successful 12-year mission to contain the Iraqi military and inactivated 1 May 2003. The 39th ASEW was also inactivated, effective 1 May 2003. The wing was completely inactivated on 16 July 2003 and the 39th Air Base Group was activated in its place.

On 19 August 2003, the first rotation of deployed KC-135 Stratotankers and airmen arrived at Incirlik to support various operations in response to the 11 September 2001 attacks as well as the post-invasion reconstruction of Iraq and the ensuing insurgency.

On 6 January 2004, more than 300 U.S. Army soldiers of what would become thousands transited through Incirlik as the first stop back to their home post after spending almost a year in Iraq. Incirlik was part of what was described as the largest troop movement in U.S. history. Incirlik provided soldiers with a cot, warm location, entertainment and food for a few hours outside of a hostile war zone.

On March 12, 2004, the 39th Air Base Group inactivated and the 39th Air Base Wing activated to provide the best mix of required support and, as new mission requirements emerge, to shoulder the burden and better contribute in the global war on terrorism.

Incirlik played a bridge role by providing support in the relief operation started after the 2005 Kashmir earthquake on 8 October 2005. With the help of Turkish and American airmen, five C-130 Hercules cargo planes from Air Bases in Italy, Britain, Greece, and France flew urgently needed supplies including 10,000 tents from the warehouse of U.N. High Commissioner for Refugees in İskenderun, Turkey to Islamabad, Pakistan on 19 October.

During the brief War between Hezbollah and Israel in July 2006, the Incirlik Air Base provided solace to Americans who had been evacuated by U.S. Navy warships from Beirut, Lebanon to Mersin, Turkey.

In 2010, three Armenian Americans filed a lawsuit against the Republic of Turkey and two banks for compensation of 122 acres (0.49 km2) of land in the Adana region of Turkey, where Incirlik Air Base currently stands.[7] An American court accepted the case and granted Turkey 21 days to respond to the lawsuit.[8] The defendant banks in Turkey requested from the court to extend the deadline for a response until September 2011. The court accepted the extension and the case is still ongoing.[9]

2015 operations against the Islamic State of Iraq and the Levant

On 13 October 2014, it was rumored that the Turkish government approved the use of Incirlik Air base to support operations against the Islamic State[10] but this was later denied.[11] On 23 July 2015, it was confirmed that the Turkish Government would begin allowing USAF UAVs and USAF combat planes to fly combat sorties against ISIL out of Incirlik Air base.[12] Ankara formally signed a deal July 29, 2015 with the United States over the use of Turkey’s Incirlik air base in the U.S.-led coalition’s campaign against the Islamic State, the Turkish Foreign Ministry said, Hurriyet reported. The agreement covers only the fight against the Islamic State and does not include air support for allied Kurdish fighters in northern Syria, a spokesman for the ministry said.[13]

Following facilities exist for the service people and their family members: 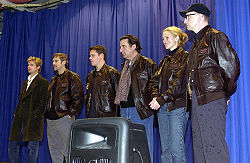