The International Organization of Turkic Culture (Turkish: Uluslararası Türk Kültürü Teşkilatı, TÜRKSOY) is an international cultural organization of countries with Turkic populations, speaking languages belonging to the Turkic language family. Other than being an abbreviation of the former official name "Türk Kültür ve Sanatları Ortak Yönetimi" - Joint Administration of Turkic Culture and Arts, "Türksoy" is a compound noun, in Turkish, made up of the words "Türk" (Turk/ic) and "soy" (ancestry).

The General Secretary of TÜRKSOY is Duisen Kaseinov, former Minister of Culture of Kazakhstan. TÜRKSOY has its headquarters in Ankara, Turkey. 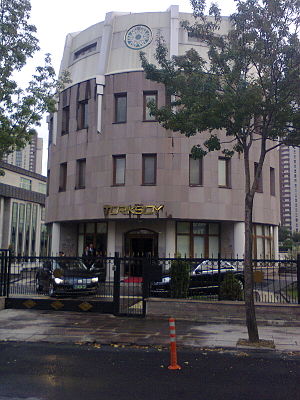 The organization has its roots in meetings during 1992 in Baku and Istanbul, where the ministers of culture from Azerbaijan, Kazakhstan, Kyrgyzstan, Uzbekistan, Turkey, and Turkmenistan declared their commitment to cooperate in a joint cultural framework. TÜRKSOY was subsequently established by an agreement signed on July 12, 1993 in Almaty.

In 1996, an official cooperation between TÜRKSOY and UNESCO was established, involving mutual consultations and reciprocal representation.[2]

It is announced that TÜRKSOY will be integrated into the Turkic Council, a geopolitical organization of Turkic countries established on November 3, 2009.

As of 2013, TÜRKSOY has six sovereign member states and eight non-sovereign observer states.[1]