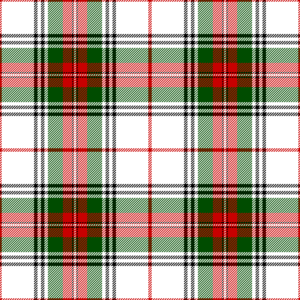 The invention of tradition is a concept made prominent in the eponymous 1983 book edited by E. J. Hobsbawm and T. O. Ranger.[1] In their Introduction the editors argue that many "traditions" which "appear or claim to be old are often quite recent in origin and sometimes invented."[2] They distinguish the "invention" of traditions in this sense from "starting" or "initiating" a tradition which does not then claim to be old. The phenomenon is particularly clear in the modern development of the nation and of nationalism, creating a national identity promoting national unity, and legitimising certain institutions or cultural practices.[3]

Application of the term and paradox

The concept and the term have been widely applied to cultural phenomena such as the Bible and Zionism,[4] the martial arts of Japan,[5] the "highland myth" in Scotland,[6] and the traditions of major religions,[7] to mention only a few. The concept was influential on the use of related concepts, such as Benedict Anderson's imagined communities and the pizza effect.[citation needed]

One implication of the term is that the sharp distinction between "tradition" and "modernity" is often itself invented. The concept is "highly relevant to that comparatively recent historical innovation, the 'nation,' with its associated phenomena: nationalism, the nation-state, national symbols, histories, and the rest." Hobsbawm and Ranger remark on the "curious but understandable paradox: modern nations and all their impedimenta generally claim to be the opposite of novel, namely rooted in remotest antiquity, and the opposite of constructed, namely human communities so 'natural' as to require no definition other than self-assertion."[8] Another implication is that the concept of "authenticity" is also to be questioned.

One reviewer noted that the "'invention of tradition' is a splendidly subversive phrase," but it "hides serious ambiguities." Hobsbawm "contrasts invented traditions with what he calls 'the strength and adaptability of genuine traditions.' But where does his 'adaptability', or his colleague Ranger's 'flexibility' end, and invention begin? Given that all traditions change, is it possible or useful to attempt to discriminate the 'genuine' antiques from the fakes?"[9] Another also praised the high quality of the articles but had qualifications. "Such distinctions" (between invented and authentic traditions) "resolve themselves ultimately into one between the genuine and the spurious, a distinction that may be untenable because all traditions (like all symbolic phenomena) are humanly created ("spurious") rather than naturally given ("genuine")."[10]