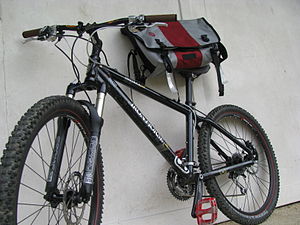 Iron Horse Bicycles was a manufacturer of bicycles, in Islandia, New York, United States from 1987 to 2009. Its logo was a prancing horse on a mustard-color crest similar to the Ferrari logo. Iron Horse sold racing bikes and mountain bikes, but mainly downhill, freeride, and all mountain.

Iron Horse filed for bankruptcy in early 2009. It owed US $5 million to creditors and patent holders.[1] Dorel Industries acquired Iron Horse for US $5.2 million on 15 July 2009,[2] having already acquired GT, Cannondale, Schwinn and Mongoose.[2]