The Island Games (currently known as the NatWest Island Games for sponsorship reasons) are an international multi-sports event organised by the International Island Games Association. The most recent games were held in Jersey (except the gymnastics, which were held on a different island[1]) from 27 June to 3 July 2015, with around 3000 competitors from 24 competing islands or island groups competing in 14 sports.

The Island Games began in 1985 as the Inter-Island Games, as part of the Isle of Man International Year of Sport, and were intended to be a one-off sporting celebration only. Geoffrey Corlett, who became the first Games Director, not only contacted the islands surrounding the United Kingdom, but also encouraged the countries of Iceland and Malta, the territories of Faroe Islands, Greenland, Saint Helena, the Channel Islands and others to participate. Initially, fifteen islands with 600 competitors and officials took part in seven sports,[2] with the total cost of staging the Games being put at £70,000. The track and field events were held on an eight-lane grass track, a far cry from the current games, which now use synthetic tracks in stadiums capable of holding thousands of spectators. The Games of 1985 were so successful that organisers decided to hold a similar event two years later.[3] 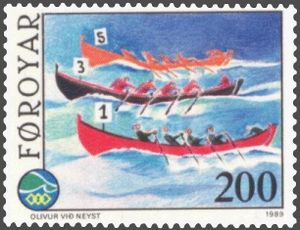 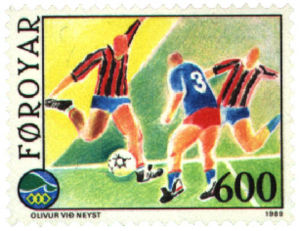 Guernsey has put in a bid for the 2021 games following the Faroe Islands withdrawal from hosting.[9] There are no other bidders.

Orkney have indicated that they are willing to play host for the 2023 games.[10]

Islands marked in grey are no longer members of the Island Games.

The host country chooses between 12 and 14 different sports for their games from this list, which also indicates the number of times each sport has been chosen: