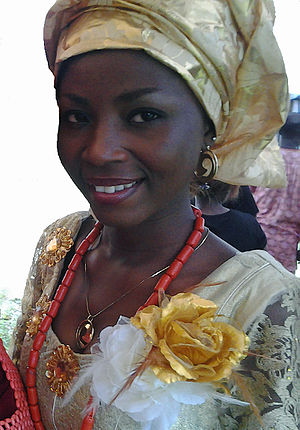 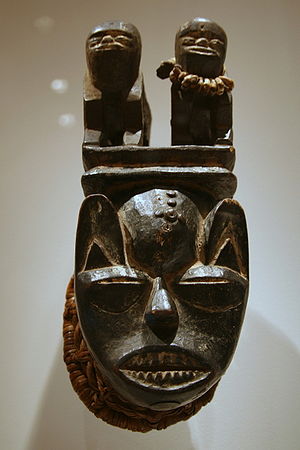 Isoko people are an ethnolinguistic group that inhabits the Isoko region of Delta State, Nigeria.[1]

historical background The Isokoland is one of the most densely populated areas in Nigeria, with about 500 people per square kilometre compared with the average of 198 for Delta State and 130 for Nigeria. The consequence has been a shortage of farmland which is accentuated by oil exploration activities in the region. Many of the (estimated) over 475,000 Isoko people migrated to other parts of the country, living in Ughelli, Warri, Sapele, Benin, Ijebu Ode, Ondo, Lagos and Kano just like every other ethnic group in Nigeria and predominately in the rural agricultural land areas of Benin, Ondo and Ijebu-Ode. Also, some 300,000 Isoko people are permanent indigenes of Ndokwa East of Delta State and Sagbama local government area of Bayelsa state.

Isokoland is essentially rural with no urban and semi-urban centres. Isoko land is within the economic shadow of the vibrant industrial, commercial Warri metropolis and the result has been largely of backlash effects, with most of the young men and women in addition to available capital in Isokoland graduating to Warri suburban area. The residual population is mainly involved in agriculture, small-scale commercial and industrial enterprises. Against this background of the petty economic activities, massive unemployment of youths is very high, the quality of life is low and below the standard of living recommended by the United Nations Development Organization and poverty is rife in Isokoland.

The Isoko ethnic group is one of the smallest minority ethnic groups in the Niger Delta region of Nigeria in West Africa, occupying an area of about 1,200 square kilometres, with a residual population of over 750,000 by 2001 census. The language spoken by the Isoko people is the Isoko language. It is linguistically similar to that spoken by the neighboring Urhobo people.

While people[who?] believe that the Isoko people originated from the Benin Kingdom, others, like Professor Obaro Ikime, believe this to be untrue. Ikime states "If there is any aspect of the history of the various peoples of Nigeria about which no one can speak with any exactitude, it is that which deals with the origins of our peoples."[2] The belief that most of the Isoko groups are of Benin origin were views held and expressed in the 1960s and 1970s. These views were "decidedly simplistic and were based on British Intelligence Reports of the 1930s"[2] and Ikime's field work of 1961-1963.

The Isoko people are predominantly Christians. Traditional worship still thrives despite the strong onslaught of Christian principles. Ọghẹnẹ is the word for God. Although it can be generally termed as traditional religion, there are however some practices that are peculiar to some isoko community. For instance in the town of Emevor, some important festivals like "idhu and owhoru" which are celebrated annually and bi-annually.