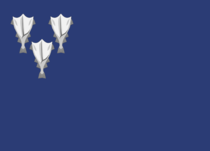 Jørgen Jørgensen (surname changed to Jorgenson from 1817)[1] (29 March 1780 – 20 January 1841) was a Danish adventurer during the Age of Revolution. During the Action of 2 March 1808 his ship was captured by the British. In 1809 he sailed to Iceland, declared the country independent from Denmark and pronounced himself its ruler. He was also a prolific writer of letters, papers, pamphlets and newspaper articles covering a wide variety of subjects, and was an associate of the famous botanists Joseph Banks and William Jackson Hooker for a period. Marcus Clarke referred to Jørgensen as "a singularly accomplished fortune wooer—one of the most interesting human comets recorded in history".[2]

At the age of 15, Jørgensen served as an apprentice to Captain Henry Marwood of the British collier Janeon.[3] In 1799 he sailed to Cape Town and from there in 1800 to Port Jackson, the new British colony in Australia. In 1801 he joined the crew of the Lady Nelson. As a member of that crew, Jørgensen was present at the establishment of the first settlements of Risdon Cove and Sullivans Cove in Van Diemen's Land, as Tasmania was then called.

In 1807, while Jørgensen was visiting his family, he witnessed the Battle of Copenhagen and soon afterwards was given command of a small Danish vessel, the Admiral Juul. In 1808 he engaged in a sea battle with HMS Sappho; the British captured the Admiral Juul and treated Jørgensen as a privateer. In 1809, while on parole, he suggested to a merchant that a voyage to Iceland could be profitable as the island was suffering from food shortages at the time, due to the Danish monopoly on Icelandic trade. Jørgensen accompanied the voyage of the Clarence as an interpreter. That voyage failed to trade any goods as the ship was British and by that time Denmark and Britain were at war. Soon after, Jørgensen sailed on a second voyage. On arrival in Iceland the ship's crew found the Danish Governor, Count of Trampe, would still not permit trading. With the help of other crew members, Jørgensen managed to arrest the governor and proclaimed himself 'Protector', promising that he would reinstate the Althing as soon as the Icelandic people were able to govern themselves. His intent was to establish a liberal society in the spirit of those emerging in the Americas and Europe at the time. With the arrival of HMS Talbot two months later, Danish government was restored and Jørgensen was taken back to England and tried by the Transport Board, who found him guilty of breaking his parole while a prisoner-of-war. He was released in 1811.

Jørgensen spent the next few years in London, where he began to drink heavily and gamble compulsively, building up substantial debts which eventually led to his conviction and incarceration. When released from prison in 1812, he travelled to Spain, Portugal and Gibraltar and upon his return to England was again imprisoned when his creditors caught up with him. Following correspondence with the British Foreign Office, Jørgensen was recruited into the intelligence service, where he translated documents and travelled throughout France and Germany as a spy as the Napoleonic Wars drew to a close. Upon returning to England, Jørgensen continued to write various reports, papers and articles but after being accused of theft in 1820, was imprisoned in Newgate Prison, released, and sent back there when he failed to leave Britain (a condition of his parole). A sentence of death was commuted thanks to the actions of a prominent friend and he spent another 3 years in Newgate before he was transported to Australia in 1825.[4]

After five months at sea, Jørgensen arrived back in Tasmania in 1826. In 1827, after he helped prevent the circulation of forged treasury bills, a group of local merchants headed by Anthony Fenn Kemp petitioned the governor for Jørgensen to be granted a ticket of leave.[5] Jørgensen led several explorations of Tasmania, and was employed by the Van Diemen's Land Council as a Constable, taking part in the 'Black Line' aboriginal clearance exercise. Jørgensen obtained a free pardon in 1835 but remained in Tasmania.[5] He married an Irish convict, Norah Corbett, in 1831 and died in the Colonial Hospital on 20 January 1841.

Icelanders refer to Jørgensen as Jörundur hundadagakonungur ("Jørgen the Dog-Days King"), a reference to the time when the dog star is in the sky.