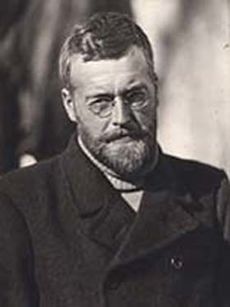 James Wordie, photographed on the Imperial Trans-Antarctic Expedition in 1914

Wordie was born at Partick, Glasgow, the son of John Wordie, a carting contractor, and Jane Catherine Mann. He studied at The Glasgow Academy and obtained a BSc in geology from University of Glasgow. He graduated from St John's College, Cambridge as an advanced student in 1912, and began research work. His occupation brought him in contact with Frank Debenham and Raymond Priestley, who were members of the second Antarctic expedition of Robert Falcon Scott. Wordie's interest in expedition and scientific discovery was heightened by these two men.

In 1914, Wordie joined Sir Ernest Shackleton's expedition to the Antarctic, known as the Imperial Trans-Antarctic Expedition, where he acted as geologist and chief of scientific staff. Despite the overall failure of the expedition—including the beset ship Endurance, caught up in the Weddell Sea until destroyed by ice in 1915—Wordie maintained the morale of the expedition, made scientific observations regarding oceanography and the ice pack, and acquired important geological specimens. He was awarded the Royal Geographical Society's Back Award in 1920.

Wordie sailed on nine polar expeditions, including Endurance. During the 1920s and 1930s, he made numerous voyages to the Arctic and helped nurture a new generation of young explorers, including Vivian Fuchs, Gino Watkins and Augustine Courtauld. He became the elder statesman of British polar exploration, and few expeditions left Britain without first consulting Wordie. The Wordie Ice Shelf on the Antarctic Peninsula was named in his honour. He was chairman of the Scott Polar Research Institute (SPRI) and president of the Royal Geographical Society from 1951 to 1954. During his term at the Society he helped plan the first successful ascent of Mount Everest by Edmund Hillary and Tenzing Norgay. While at SPRI, he assisted Fuchs in the first-ever crossing of the Antarctic continent—the original aim of Shackleton's Endurance expedition. He also contributed to the British Naval Intelligence Division Geographical Handbook Series that was published during the Second World War.