From Infogalactic: the planetary knowledge core
Jump to: navigation, search
This article is about the month. For and, see January (disambiguation).
"Jan." redirects here. For other uses, see Jan. 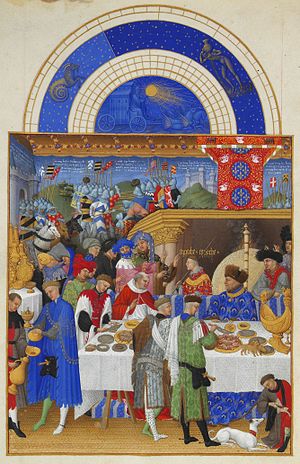 January (in Latin, Ianuarius) is named after Janus, the god of beginnings and transitions; the name has its beginnings in Roman mythology, coming from the Latin word for door (ianua) since January is the door to the year.

Traditionally, the original Roman calendar consisted of 10 months totaling 304 days, winter being considered a month-less period. Around 713 BC, the semi-mythical successor of Romulus, King Numa Pompilius, is supposed to have added the months of January and February, allowing the calendar to equal a standard lunar year (354 days). Although March was originally the first month in the old Roman Calendar, January became the first month of the calendar year under either Numa or the Decemvirs about 450 BC (Roman writers differ). In contrast, specific years pertaining to dates were identified by naming two consuls, who entered office on May 1 and March 15 until 153 BC, when they began to enter office on January 1.

Various Christian feast dates were used for the New Year in Europe during the Middle Ages, including March 25 and December 25. However, medieval calendars were still displayed in the Roman fashion of twelve columns from January to December. Beginning in the 16th century, European countries began officially making January 1 the start of the New Year once again—sometimes called Circumcision Style because this was the date of the Feast of the Circumcision, being the seventh day after December 25.

Historical names for January include its original Roman designation, Ianuarius, the Saxon term Wulf-monath (meaning wolf month) and Charlemagne's designation Wintarmanoth (winter / cold month). In Slovene, it is traditionally called január. The name, associated with millet bread and the act of asking for something, was first written in 1466 in the Škofja Loka manuscript.[1]

According to Theodor Mommsen,[2] 1 January became the first day of the year in 600 AUC of the Roman Calendar (153 BC), due to disasters in the Lusitanian War. A Lusitanian chief called Punicus invaded the Roman territory, defeated two Roman governors, and slew their troops. The Romans resolved to send a consul to Hispania, and in order to accelerate the dispatch of aid, "they even made the new consuls enter on office two months and a half before the legal time" (15th of March). 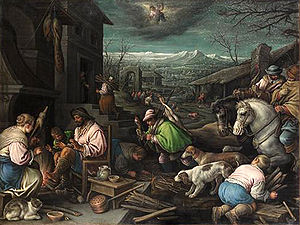 Food Months in the United States

January 30 or the nearest Sunday - January 31 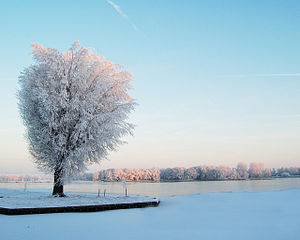 Snow in Northern Hemisphere in the month of January