Jean-Pierre Nicolas (born 22 January 1945 in Marseille) is a retired French professional rally driver who competed mainly in the 1970s.

Nicolas took five WRC event wins in the World Rally Championship. His best result in the drivers' championship was second with 31 points, after Markku Alén (53) and ahead of Hannu Mikkola (30), in the 1978 FIA Cup for Drivers.[1]

He was the Sporting Director for Peugeot in the WRC until 2005, around the time the 206 WRC and the short-lived factory-spec 307 WRC from 2004 to 2005 was the official works Peugeot car. He was then the FIA Intercontinental Rally Challenge's Motorsport Development Manager. 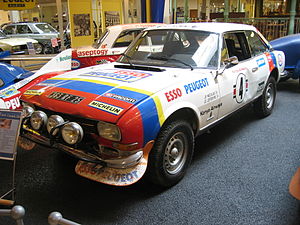