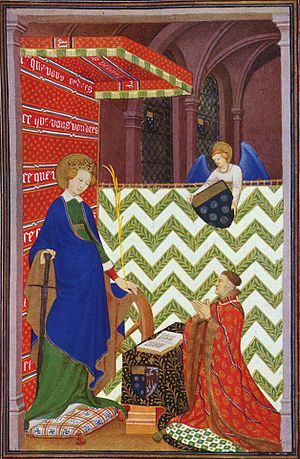 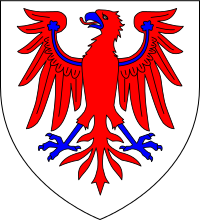 He was the son of marshal Jean I Le Maingre, also called Boucicaut. He became a page at the court of Charles VI of France, and at the age of 12 he accompanied Louis II, Duke of Bourbon, in a campaign against Normandy. At age 16 he was knighted by Louis on the eve of the Battle of Roosebeke (November 27, 1382). In 1383 he began the first of his journeys that would take up more than twenty years of his life.

In 1384 he undertook his first journey to Prussia, in order to assist the Teutonic Order in their war against the pagan Lithuanians, who would convert to Roman Catholicism in 1386. After some campaigns against the Moors in Spain, and against Toulouse in France he again accompanied the duke of Bourbon, this time to Spain, which had become a secondary battlefield of the Hundred Years' War. From there he travelled for two years through the Balkans, the Near East, and the Holy Land, in the company of his friend Renaud of Roye and later with Philip of Artois, Count of Eu. There, he and his companions composed the Livre des Cent Ballades, a poetical defense of the chaste knight the central figure of chivalry, which Johan Huizinga found a startling contrast with the facts of his military career.[1]

In 1390, while the Truce of Leulinghem had temporarily interrupted the war with England, Boucicaut took part in the tournament of Saint-Inglevert, where he defeated the most famous English soldiers in single combat. The next year he travelled to Prussia for a third time. Because of his great service in the war against the heathens in Livonia and Prussia, he was named Marshal of France on December 25, 1391, by Charles VI at the cathedral of St. Martin in Tours.

In 1396 he took part in the joint French-Hungarian crusade against the Ottoman Empire, which suffered a heavy defeat on September 28 at the Battle of Nicopolis. He was taken hostage by the Ottoman sultan Bayezid I, but, unlike many of his companions, escaped execution and was eventually ransomed. In 1399, he founded the Emprise de l'Escu vert à la Dame Blanche, a chivalric order inspired by the ideal of courtly love: "one might have supposed him cured of all chivalrous delusions after the catastrophe of Nicopolis", remarked Huizinga.[2] In the same year, he was sent with six ships carrying 1,200 men to assist Byzantine emperor Manuel II Palaeologus against the Ottomans.

In 1401, due to his military accomplishments and his knowledge of the east, he was appointed French governor of Genoa, which had fallen to Charles VI in 1396. He successfully repelled an attack from King Janus of Cyprus, who tried to take back the city of Famagusta on Cyprus, which had been captured by Genoa. After some struggles in the Mediterranean the Genoese freed themselves from French rule by 1409.

Boucicaut returned to France and became involved in the rivalry between Burgundy and Orléans. In the Battle of Agincourt in 1415 he commanded the French vanguard, but was captured by the English and died six years later in Yorkshire. He was buried in the cathedral of Tours, in his family's chapel, with the epitaph "Grand Constable of the Emperor and of the Empire of Constantinople."