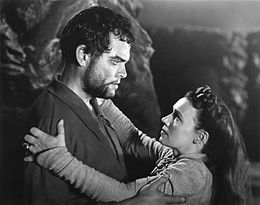 Nolan began her acting career at the Pasadena Playhouse in Pasadena, California, and, while a student at Los Angeles City College, made her radio debut in 1932 in Omar Khayyam, the first transcontinental broadcast from station KHJ. She continued acting into the 1990s.

She made her film debut as Lady Macbeth in Orson Welles' 1948 film Macbeth, based on Shakespeare's play of the same name. Despite the fact that she and the film received withering reviews at the time,[3][4] Nolan's film career flourished in largely supporting roles. Viewers of film noir may know her best as the corrupt wife of a dead (and equally corrupt) police officer in Fritz Lang's The Big Heat.

From 1959-60, she played Annette Deveraux, part-owner of the hotel in the CBS western series, Hotel de Paree, with Earl Holliman. In 1960, she appeared in season 4, episode 7, of Richard Boone's Have Gun - Will Travel as a newly widowed sheriff. Also, in 1962, season 5, episode 24, as proprietor of a secluded halfway house. She was cast in other western films, most notably The Wild Women of Chastity Gulch (1982).

On April 27, 1962, she appeared in the episode "A Book of Faces" on another ABC crime drama, Target: The Corruptors, starring Stephen McNally and Robert Harland. She guest starred as Claire Farnham in the episode "To Love Is to Live" on the psychiatric medical dramaThe Eleventh Hour. She was cast as a fortune teller, Mme. Di Angelo, in the 1963 episode "The Black-Robed Ghost" of the anthology series, GE True, hosted by Jack Webb.

She was a member of the repertory cast of the The Richard Boone Show, appearing in 13 episodes.

In 1963, Nolan was cast as Mrs. Mertens in the episode, "Reformation of Willie", on the ABC drama series, Going My Way, starring Gene Kelly as a Roman Catholic priest in New York City. Coincidentally Going My Way followed the western series, Wagon Train, on the ABC schedule. Nolan herself appeared three times on Wagon Train, in which her husband, John McIntire, co-starred as wagon master Chris Hale from 1961-65.

Nolan guest starred three times from 1963-64 on Dr. Kildare and in a 1964 episode of Richard Crenna's short-lived Slattery's People, a political drama series on CBS. Earlier, she had appeared with Crenna and Walter Brennan in their sitcom, The Real McCoys.

Nolan played the role of witches in two of Rod Serling's anthology television series The Twilight Zone; in the episode "Jess-Belle" with Anne Francis, and the Night Gallery segment "Since Aunt Ada Came to Stay" opposite James Farentino and Michele Lee.

On November 4, 1965, Nolan portrayed the treacherous Ma Burns in "The Golden Trail" episode of NBC's Laredo. Ma Burns is a supposedly refined woman trying to hijack a presumed gold shipment headed to Laredo from St. Louis. In actuality, the cargo consists of thirty-six bottles of Tennessee whisky.[5] She was also cast on Laredo as Martha Tuforth in "It's the End of the Road, Stanley" (1966) and as Vita Rose in "Like One of the Family" (1967). Laredo was a two-season spinoff of The Virginian, whose cast Nolan joined in 1967 as Holly Grainger, along with her husband John McIntire who headed the cast as ranch owner Clay Grainger.[6]

In 1968, Nolan was cast as a mother who has lost her only child who was shot shortly after a robbery, in the NBC police drama, Ironside episode "All in a Day's Work".

Nolan guest-starred on the short-lived sitcom, The Mothers-in-Law in two separate episodes in the second and final season of the series. She first played Kaye Ballard's grandmother, Gabriela Balotta, who always fainted when she didn't get her way; and then secondly as Annie MacTaggart, a Scottish nanny hired to take care of newborn twins of the younger couple, Jerry and Suzie Buell.

In 1974, she starred briefly with Dack Rambo in CBS's Dirty Sally, a spinoff of the Gunsmoke, where she had played a recurring guest role for eight episodes. She also played the titular role in the award-winning short film Peege (1972) because of her Gunsmoke connection.[7] In all, Nolan appeared as a guest star in television's Gunsmoke more than any other female.

She also lent her voice to several Walt Disney animated films. Most notably as Widow Tweed, the kindly old lady who adopts an orphan fox in the 1981 feature The Fox and the Hound.

Her final film appearance was in Robert Redford's The Horse Whisperer as Redford's mother.

In 1935, Nolan married actor John McIntire; the couple remained together until his death in 1991. The couple had two children, one of whom was the actor Tim McIntire, who was best known for his turn as the legendary DJ Alan Freed in the 1978 film American Hot Wax.

Nolan and McIntire worked together several times from the late 1960s on, sometimes as voice actors. They appeared in a 1969 KCET television reading of Norman Corwin's 1938 radio play The Plot to Overthrow Christmas, with McIntire as the Devil and Nolan as Lucrezia Borgia. In 1977 they appeared in the 23rd Disney animated film The Rescuers, in which McIntire voiced the cat Rufus and Nolan the muskrat Ellie Mae. Four years later, the couple worked on the 24th Disney film, The Fox and the Hound, with McIntire as the voice of Mr. Digger, a badger, and Nolan as the voice of Widow Tweed, the old kindly widow who takes in Tod after his mother is killed by an off-screen hunter.

They guest starred on screen together in an episode of Charlie's Angels in 1979, The Incredible Hulk in 1980, Goliath Awaits in 1981, Quincy, M.E. in 1983, and Night Court in 1985, playing Dan Fielding's hick parents. Nolan died of a stroke at age 86 in Cedars-Sinai Medical Center on June 5, 1998, and was buried in Eureka, Montana's Tobacco Valley Cemetery.[8]