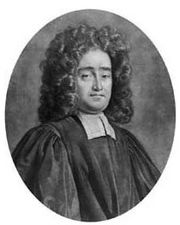 Collier was the primus of the nonjuring line and a strong supporter of the four usages. In the years following the Revolution he wrote a series of tracts questioning the legitimacy of the new monarchs and the deprival of the Non-juror bishops. He was well known for his Ecclesiastical History of Great Britain, 1708–1714, which was attacked for its tendentious political and theological comments, but nevertheless widely used. His Reasons for restoring some prayers and directions, as they stand in the communion-service of the first English reform'd liturgy, 1717 was the first salvo in the usages debate. His Essays were popular in his own day but are now little read. Collier wrote anti-theatrical polemic but was a high-church monarchist, unlike the many Puritans who wrote in this genre as well.

In the history of English drama, Collier is known for his attack on the comedy of the 1690s in his Short View of the Immorality and Profaneness of the English Stage (1698), which draws for its ammunition mostly on the plays of William Congreve, John Vanbrugh, John Dryden, and Thomas D'Urfey. At the start of the English Civil War (1642) theatres were closed and in 1647 a law was passed to punish anyone who participated in or viewed drama. After the war, and during the English Interregnum, the Puritans, under Oliver Cromwell, had control of most of the English government. They placed heavy restrictions on entertainment and entertainment venues that were perceived as being pagan or immoral. In the English Restoration (1660), playwrights reacted against the Puritanical restrictions with much more decadent plays. The plays produced in the Restoration drew comparisons to the great Elizabethan dramas by critics of the day. However, these plays were considered vulgar because they mocked and disrespected marriage, morals, and the clergy. Furthermore, King Charles II allowed women to act on stage; some of the first actresses were of ill-repute. Collier's pamphlets sought to stem the spread of vice but turned out to be the sparks that kindled a controversial flame between like-minded Puritans and Restoration dramatists.

Collier devotes nearly 300 pages to decry what he perceived as profanity and moral degeneration in the stage productions of the era. This ranged from general attacks on the morality of Restoration theatre to very specific indictments of playwrights of the day. Collier argued that a venue as influential as the theatre—it was believed then that the theatre should be providing moral instruction—should not have content that is morally detrimental. These pamphlets began a pamphlet war (see:Pamphlet wars) between Collier and some playwrights like Vanbrugh. Many of the playwrights responded with equally vehement attacks, but some were so deeply affected, they withdrew from theatre permanently or substantially changed their approach to writing comedies, William Congreve amongst them.

Collier's copious writings included the second English edition of Louis Moréri's Grand Dictionnaire Historique. The first English edition of this famous encyclopaedia was published in 1694 under the title The Great Historical, Geographical, Genealogical and Poetical Dictionary. Collier greatly enlarged and revised this work in 1701 (2 volumes) with 2 supplementary volumes following 1705 and 1721. It became a precursor to later encyclopaedic works, such as that of Ephraim Chambers.

Although the theatre styles of the Restoration lasted a while even after Collier's pamphlets, a new and more restrained theatre began to develop due, in part, to Collier's critiques. Due to the strict morals of the Puritans as well as others such as Collier, neoclassism drama began to emerge even while Restoration drama was still flourishing. During Collier's time, Societies for the Reformation of Manners dedicated themselves to maintaining honour in playhouses.

Collier died on 26 April 1726 and was buried on 29 April in Old St. Pancras Churchyard.[1] The grave is lost but Collier is not listed on Baroness Burdett Coutts memorial to the important graves lost therin.