The Jerry Garcia Band was a San Francisco Bay Area rock band led by Jerry Garcia of the Grateful Dead. Garcia founded the band in 1975; it remained the most important of his various side-projects until his death in 1995. The band toured and recorded sporadically throughout its twenty-year existence, generally, but not always during breaks in the Grateful Dead's schedule.[1][2]

Over the years, the lineup of the Jerry Garcia Band changed a number of times. The one constant member besides Garcia himself was bassist John Kahn. Melvin Seals had the next longest tenure, serving as keyboardist from 1980 onward. Seals became band leader following Garcia's death and changed the band's name to JGB.

Following are the lineups for the Jerry Garcia Band's live performances.[3][4] 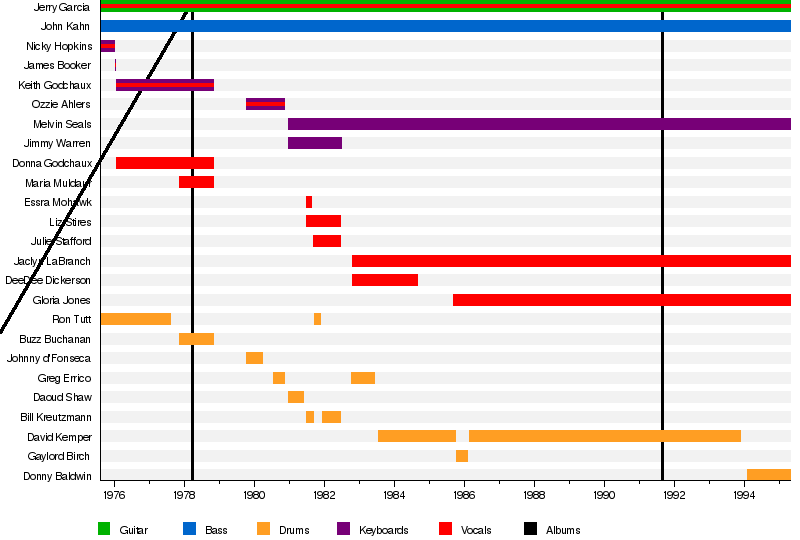