John, called Anagnostes (i.e. lector, reader; Greek: Ἰωάννης Ἀναγνώστης) was a Greek historian of the fifteenth century. He was an eyewitness to the Ottoman sack of Thessalonica on March 29, 1430; an event he described in detail in his Account of the Last Capture of Thessalonica (Greek: Διήγησις περί τῆς τελευταίας άλώσεως τῆς Θεσσαλονίχης), which he wrote with an accompanying monodia lamenting the city's fall. 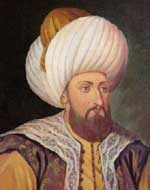 Beginning on March 29, 1430, the Ottoman sultan Murad II began a three-day siege of Thessalonica, resulting in the conquest of the city by the Ottoman army, and the taking of 7,000 inhabitants as slaves. The Venetians agreed to a peace treaty and withdrew from the region in 1432, leaving the Ottoman's with permanent dominion over the region.