John Evans was the son of the Rev. Dr A. B. Evans, headmaster of Market Bosworth Grammar School, and was born at Britwell Court, Buckinghamshire. He was for many years manager of the extensive paper manufactory of his uncle, and later father-in-law, John Dickinson (1782–1869) at Nash Mills, Hemel Hempstead, but was distinguished especially as an antiquary, archaeologist and numismatist, that is, a collector of ancient objects and coins.

Evans was president from 1885 to 1892 of the Society of Antiquaries; and he was President of the Numismatic Society from 1874 to the time of his death. He was also president of the Geological Society of London, 1874–1876; the Anthropological Institute of Great Britain and Ireland, 1877–1879; the Society of Chemical Industry, 1891–1893; and the British Association for the Advancement of Science, 1897–1898. He was elected a Fellow of the Royal Society in 1864 and for twenty years (1878–1898) he was treasurer of the Royal Society. He was appointed High Sheriff of Hertfordshire for 1881.[1]

As President of the Society of Antiquaries he was an ex officio trustee of the British Museum, and subsequently he became a permanent trustee. His academic honors included honorary degrees from several universities, and he was a corresponding member of the Institut de France. He was created a KCB (Knight of the Order of the Bath) in 1892. Most of his very large personal archaeological collection was given to the Ashmolean Museum in Oxford by his son Arthur. The Anglo-Saxon jewelled "Ixworth Cross" and "Tostock Buckle" are two of the outstanding objects.[2] His library was left to the Bodleian Library.[3] A collection of Iron Age antiquities Evans and Sir John Lubbock excavated at the site of Hallstatt in Austria is now in the British Museum's collection.[4][5]

He lived at Britwell on Castle Hill in Berkhamsted[6] where died in 1908.

He was the author of three books, in their day standards in their field:

He also wrote papers on archaeological and geological subjects, notably the papers on Flint Implements in the Drift communicated in 1860 and 1862 to Archæologia. 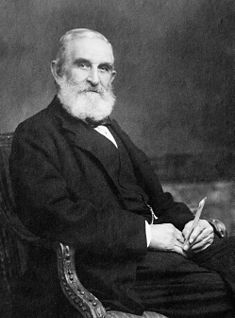 Evans was married three times, widowed twice, and had six children. His first wife was Harriet Ann Dickinson, daughter of John Dickinson, owner of the paper business, and Ann Dickinson, née Grover. They had five children:

Then, on 9 July 1892, John married Maria Millington Lathbury (1856–1944) and they had a daughter Dame Joan Evans, a distinguished art historian of French and English medieval art. Her partly autobiographical book Time and Chance: The Story of Arthur Evans and His Forebears (1943) is an important source on her father.