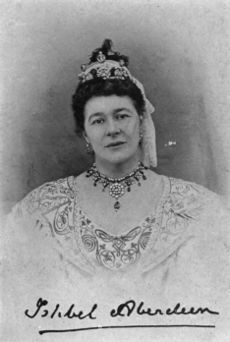 In 1877 he married Ishbel Maria Marjoribanks, daughter to Dudley Marjoribanks, later 1st Baron Tweedmouth, and Isabella Weir-Hogg. It seems that their marriage was a love match as they were long time friends and Ishbel developed a crush on Hamilton-Gordon at just 14. Lady Aberdeen was an LL.D. of Queen's University, Kingston, Ontario. She served as President of the International Council of Women from 1893–99, and later founded the National Council of Women of Canada and the Victorian Order of Nurses.[2]

They had five children: 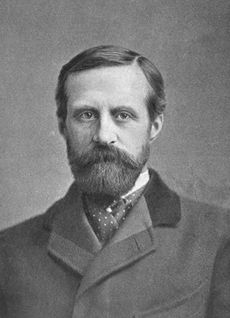 Aberdeen entered the House of Lords following his succession to his brother's earldom. A Liberal, he was present for William Ewart Gladstone's first Midlothian campaign at Lord Rosebery's house in 1879. He became Lord Lieutenant of Aberdeenshire in 1880, served as Lord High Commissioner to the General Assembly of the Church of Scotland from 1881 to 1885 (he held the position again in 1915), and was briefly appointed Lord Lieutenant of Ireland in 1886. He became a Privy Counsellor in the same year.[4] In 1884, he hosted a dinner at Haddo House honouring William Ewart Gladstone on his tour of Scotland. The occasion was captured by the painter Alfred Edward Emslie; the painting is now in the collection of the National Portrait Gallery, London, given by the Marquess’ daughter, Marjorie Sinclair, Baroness Pentland, in 1953.[5]

He served as Governor General of Canada from 1893 to 1898 during a period of political transition. He travelled extensively throughout the country and is described as having "transformed the role of Governor General from that of the aristocrat representing the King or Queen in Canada to a symbol representing the interests of all citizens".[6] In 1891, he bought the Coldstream Ranch in the northern Okanagan Valley in British Columbia and launched the first commercial orchard operations in that region, which gave birth to an industry and settlement colony as other Britons emigrated to the region because of his prestige and bought into the orcharding lifestyle.[7] The ranch is today part of the municipality of Coldstream, and various placenames in the area commemorate him and his family, such as Aberdeen Lake and Haddo Creek.[8][9] 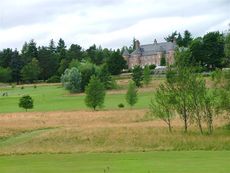 Aberdeen died at the House of Cromar (now Alastrean House) in 1934. 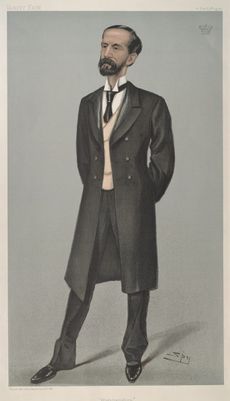 Aberdeen lived the later stages of his life at the House of Cromar in Tarland, Aberdeenshire, which he had built and where he died in 1934. His son, George, succeeded to the marquessate.

The House of Cromar passed to Sir Alexander MacRobert in 1934 and it was renamed Alastrean House by his widow Lady Rachel Workman MacRobert.[13] It was leased to the RAF Benevolent Fund in 1984.[14]

Jokes Cracked by Lord Aberdeen, a collection of John Hamilton-Gordon's dinner party repartee, was first published in 1929. The "bafflingly unfunny" book, long out of print, gained a cult following in more recent times and was reissued in 2013.[15]