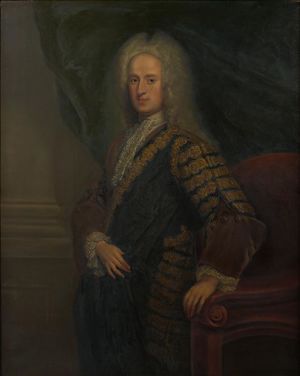 Tweeddale had legal knowledge, and was appointed an Extraordinary Lord of Session in 1721, the last person to hold this office. He was one of the Scottish representative peers from 1722 to 1734 and from 1742 to 1762. On the downfall of Robert Walpole in February 1742, Pulteney had the office of Secretary of State for Scotland revived (irt had been in abeyance since 1739), and the Marquess of Tweeddale appointed to it, as well as being made Principal Keeper of the Signet and a Privy Counsellor.

English members of the Government rejected as the idea that a Jacobite insurrection was at hand. Tweeddale, who was in London in 1745, was also sceptical, and even after he was aware that the Highlanders had left Perth in their march to the south, he wrote to the Lord Advocate, "I flatter myself they have been able to make no great progress", on the day when the Young Pretender entered the Palace of Holyroodhouse.

In February 1746, when the rebellion was still active, a ministerial crisis took place. On the refusal of the King to admit Pitt to the Government, Henry Pelham, the Prime Minister, along with those members of the administration who supported him, resigned office. Earl Granville and Tweeddale attempted, unsuccessfully, to form a Ministry. On their failure Pelham resumed office; Granville and Tweeddale were left out of the reconstructed Government, and the office of Secretary of State for Scotland was a second time abolished. Tweeddale resigned at this time his office of Keeper of the Signet.

He was Governor of the Bank of Scotland from 1742 and Lord Justice General in 1761 until his death in London in 1762.

The Marquess married Lady Elizabeth (or Frances) Carteret, daughter of John Carteret, 2nd Earl Granville in 1748, and had by her four daughters and two sons. The eldest son died in infancy; the younger, George, became fifth Marquess, and died in 1770, aged thirteen. The title then devolved on his uncle, George Hay.