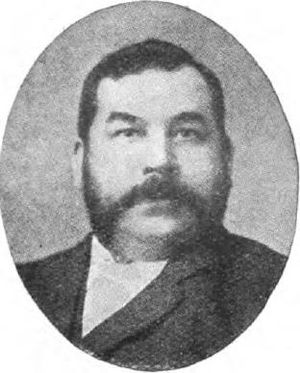 John Hodge (29 October 1855 – 10 August 1937) was a Coalition Labour party politician in the United Kingdom, and was the first Minister of Labour and the second Minister of Pensions.

Hodge was born in Linkeyburn, Ayrshire and attended Ironworks School and Hutchesons' Grammar School. When he was thirteen Hodge left school to become a solicitor's clerk and then worked a grocer's shop before joining the local iron works as a puddler—the same job as his father.

Hodge first became involved with trade unionism while at the local iron works. Hodge helped form the British Steel Smelters' Association in 1885, of which he would be elected secretary, because their bosses at Colville. They were informed by works in Motherwell that their wages would be twenty per cent lower than before. The BSSA was a success and by the summer of 1886 practically every smelter in Scotland had become a member and by 1888 the BSSA had members joining from England and Wales and become affiliated with the TUC. The BSSA rarely organised strikes, but Hodge was successful at negotiating increases in wages.

Hodge was a member of the Manchester City Council from 1897 to 1901.[citation needed]

At the 1900 general election, Hodge unsuccessfully contested Gower.[1] He was unsuccessful again in Preston at the by-election in May 1903.[1]

He finally won a seat at the 1906 general election, when he as elected as a Labour Party Member of Parliament for Manchester Gorton.[1] When the United Kingdom declared war and entered World War I in 1914, Hodge took a very patriotic stance and criticised other Labour politicians for opposing it. From 1915 to 1916 Hodge was Acting Chairman of the Labour Party. In 1916 he was part of the Mesopotamia Commission of Inquiry. He was also elected as president of the British Iron, Steel & Kindred Trades Association which he had helped to form with other iron and steel unions. He was Chairman of the 'patriotic labour' British Worker's National League[2]

From December 1916 to August 1917, Hodge was the first Minister of Labour and had a seat in the Cabinet. At this job Hodge claimed that all strikes during war-time were acts of treason and Hodge successfully made striking boilermakers to go back to work by threatening to charge them with the Defence of the Realm Act. Hodge supported the Empire Resources Department Committee, signing its manifesto.[3] From August 1917 to January 1919, Hodge was Minister of Pensions in the Lloyd George Coalition Government. In 1919 he appeared in the film Broken in the Wars directed by Cecil Hepworth to advertise a fund set up for ex-servicemen.

Hodge was turned down for military service because he was too old. Arthur Griffith-Boscawen, who served under Hodge, called him a "fat, rampaging and most patriotic Tory working man".[4]