John Parker Hale (March 31, 1806 – November 19, 1873) was an American politician and lawyer from New Hampshire. He served in the United States House of Representatives from 1843 to 1845 and in the United States Senate from 1847 to 1853 and again from 1855 to 1865. He was one of the first senators to make a stand against slavery. Hale was a leading member of the Free Soil Party and was its presidential nominee in 1852.

Hale was born in Rochester, Strafford County, New Hampshire, the son of John Parker Hale and Lydia Clarkson O'Brien. He attended Phillips Exeter Academy and graduated in 1827 from Bowdoin College, where he was a classmate of Franklin Pierce and a prominent member of the Athenian Society, a literary club. He began his law studies in Rochester with Jeremiah H. Woodman, and continued them with Daniel M. Christie in Dover. He passed the bar examination in 1830, and practiced law in Dover.[1] He married Lucy Lambert, the daughter of William Thomas Lambert and Abigail Ricker. 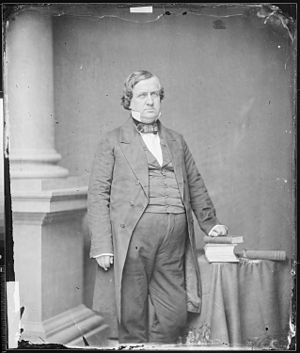 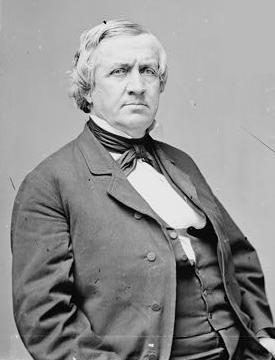 In March 1832, Hale was elected to the New Hampshire House of Representatives as a Democrat. In 1834, President Andrew Jackson appointed him as U.S. District Attorney for New Hampshire. This appointment was renewed by President Martin Van Buren in 1838, but in 1841 Hale was removed on party grounds by President John Tyler, a Whig.[1]

Hale was elected as a Democrat to the Twenty-eighth Congress, serving from March 4, 1843 to March 3, 1845. There he spoke out against the gag rule intended to put a stop to anti-slavery petitions.[2]

Hale supported the Democratic candidates Polk and Dallas in the campaign of 1844, and was renominated for his Congressional seat without opposition. Before the Congressional election, Texas annexation was adopted by the Democratic Party as part of its platform. In December 1844 the New Hampshire Legislature passed resolutions instructing its Senators and Congressmen to favor Texas annexation. Instead, Hale made a public statement opposing annexation on anti-slavery grounds.

The Democratic state convention was then reassembled in Concord under Pierce's leadership for the purpose of stripping Hale of his Congressional nomination. The reassembled convention branded him a traitor to the party, and in February 1845 his name was stricken from the Democratic ticket. In the subsequent election, Hale ran as an independent. Hale, the replacement Democratic candidate, and the Whig candidate failed to obtain a majority, so the district was unrepresented.[1][2] 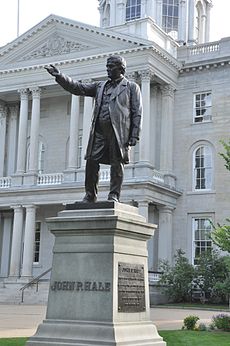 Statue of Hale outside the New Hampshire State House

In the face of an apparently invincible Democratic majority, Hale set out to win New Hampshire over to the anti-slavery cause. He addressed meetings in every town and village in the state, carrying on a remarkable campaign known as the “Hale Storm of 1845,” which included a June 5, 1845 debate between Pierce and Hale at the North Church in Concord. In March 1846 Hale's efforts paid off when New Hampshire chose a legislature in which the Whigs and Independent Democrats had a majority, and Whig Anthony Colby won election as governor. Hale was himself elected to the state House, and was chosen to serve as Speaker.[1][2]

Hale was later elected as a Free Soil candidate to the United States Senate in 1846 and served from March 4, 1847 to March 3, 1853. He was among the strongest opponents of the Mexican-American War in the Senate and is considered "the first U.S. Senator with an openly anti-slavery (or abolitionist) platform".[3]

He was the only Senator to vote against the resolution tendering the thanks of Congress to Winfield Scott and Zachary Taylor for their victories in the Mexican-American War. In 1849 he was joined in the Senate by anti-slavery advocates Salmon P. Chase and William H. Seward, and in 1851 he was joined by Charles Sumner.[2]

Hale also opposed flogging and the spirit ration in the United States Navy, and secured the abolition of flogging in September 1850.[4]

In 1851 Hale served as counsel in the trials of anti-slavery activists that arose out of their forcible rescue of fugitive slave Shadrach Minkins from the custody of the United States Marshal in Boston.[1]

Hale was an unsuccessful candidate for President of the United States on the Free Soil ticket in 1852, losing to Pierce.[5] (See U.S. presidential election, 1852.) In March, 1853 Hale was succeeded in the Senate by Democrat Charles G. Atherton, and began practicing law in New York City.[1]

Return to the Senate

Following the repeal of the Missouri Compromise, Democrats were again overthrown in New Hampshire. Hale was elected to the Senate as a member of the new Republican Party in 1855, replacing Jared W. Williams, who had been appointed following Atherton's death. James Bell, a fellow Republican, was elected to New Hampshire's other Senate seat in the same election. Hale was re-elected Senator in 1859, in total serving from July 30, 1855, to March 3, 1865. He served as the chair of the Senate Republican Conference until 1862.

In 1862 Hale succeeded in repealing the Navy's spirit ration, which he had attempted during his first Senate term.

President Lincoln nominated Hale to the post of minister to Spain and he served in that capacity 1865–1869.[6] Hale attributed his April 1869 recall to a quarrel with Horatio J. Perry, his secretary of legation. Perry had accused Hale of violating his diplomatic privilege of importing free of duty merchandise for his official or personal use by putting some goods up for sale and pocketing the proceeds. Hale's answer was that he had been misled about the rules by a commission merchant friendly to Perry. Perry was himself removed from his post in June 1869.[1]

Hale died in Dover on November 19, 1873. He was buried at Pine Hill Cemetery in Dover.

Portraits of President Lincoln and John P. Hale hang next to each other in the chamber of the New Hampshire House of Representatives. 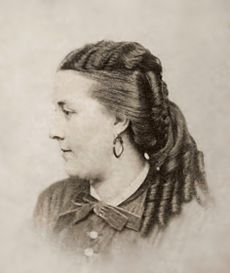 Lucy Lambert Hale was betrothed in 1865 to John Wilkes Booth, Abraham Lincoln's assassin.[7] Booth had a picture of Lucy Hale with him when he was killed by pursuing Federal troops on April 26, 1865.[7][8] Lucy Hale eventually married Senator William E. Chandler.