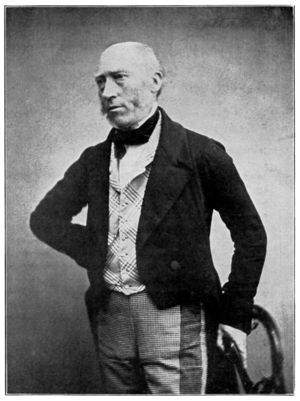 John Phillips FRS (25 December 1800 – 24 April 1874) was an English geologist.[1] In 1841 he published the first global geologic time scale based on the correlation of fossils in rock strata, thereby helping to standardize terminology including the term Mesozoic, which he invented.

Philips was born at Marden in Wiltshire. His father belonged to an old Welsh family, but settled in England as an officer of excise and married the sister of William 'Strata' Smith, known as the "Father of English Geology". When both parents died when he was a child, Phillips came under Smith's charge. After being educated at various schools, Phillips accompanied Smith on his wanderings in connection with his geological maps. In the spring of 1824 Smith went to York to deliver a course of lectures on geology, and his nephew Phillips accompanied him. Phillips accepted engagements in the principal Yorkshire towns to arrange their museums and give courses of lectures on the collections contained therein. York became his residence, and he obtained in 1826 the situation of keeper of the Yorkshire museum[2] and secretary of the Yorkshire Philosophical Society at the same time as Henry Robinson was Librarian of the YPS.

From that centre Phillips extended his operations to towns beyond the county, and by 1831 he included University College London within the sphere of his activity. In that year the British Association for the Advancement of Science was founded at York, and Phillips was one of the active minds who organized its machinery. He became the first assistant secretary in 1832, a post which he held until 1859. In 1834 he accepted the professorship of geology at King's College London, but retained his post at York.

In 1834 Phillips was elected a fellow of the Royal Society. In later years he received honorary degrees of LL.D. from Dublin and Cambridge, and D.C.L. from Oxford; while in 1845 he was awarded the Wollaston Medal by the Geological Society of London. In 1840 he resigned his charge of the York museum and was appointed on the staff of the geological survey of Great Britain under Henry De la Beche. Phillips spent some time in studying the Palaeozoic fossils of Devon, Cornwall and West Somerset, of which he published a descriptive memoir (in 1841). In that same year, he published the first global geologic time scale, which ordered rock strata according to the types of fossils found within. This helped standardize the usage of the terms Paleozoic, which he extended to cover a longer period than it had in previous usage, and Mesozoic, the latter being his own invention.[3] He also made a detailed survey of the region of the Malvern Hills, of which he prepared the elaborate account that appears in vol. ii. of the Memoirs of the Survey (1848). In 1844 he became professor of geology in the University of Dublin. 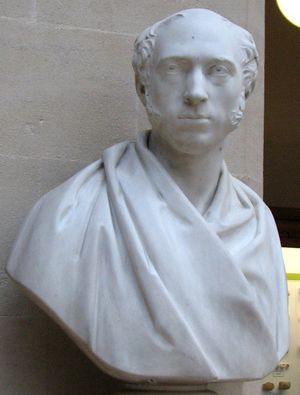 Bust of John Phillips in the Oxford University Museum

Nine years later, on the death of Hugh Edwin Strickland, who had acted as substitute for Dean Buckland in the readership of geology in the University of Oxford, Phillips succeeded to the post of deputy. At the dean’s death in 1856, Phillips became himself reader, a post which he held to the time of his death. During his residence in Oxford he took a leading part in the foundation and arrangement of the new museum erected in 1859 (see his Notices of Rocks and Fossils in the University Museum, 1863; and The Oxford Museum, by H. W. Acland and J. Ruskin, 1859; reprinted with additions 1893). Phillips was also keeper of the Ashmolean Museum from 1854–1870. In 1859–1860 he was president of the Geological Society of London, and in 1865 president of the British Association.

On 23 April 1874, he dined at All Souls College, but on leaving he slipped and fell down a flight of stone stairs. He died on the following day, and was buried in York Cemetery, beside his sister Anne and his benefactor Thomas Gray. His coffin was accompanied to Oxford's railway station by 200 university academics.

Phillips also made astronomical observations of the planet Mars during its 1862 opposition.[4] Craters on Mars and the Moon are named after him. 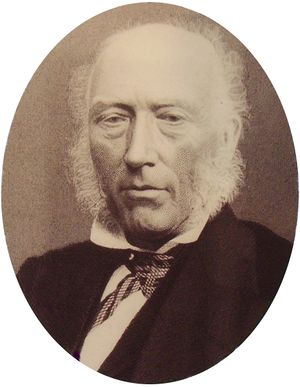 The first paper Phillips published was On the Direction of the Diluvial Currents in Yorkshire (1827). He contributed to the Philosophical Magazine, the Journal of the Geological Society, and the Geological Magazine. He was also the author of separate works, including:

To these should be added his Monograph of British Belemnitidae (1865), for the Palaeontographical Society, and his geological map of the British Isles (1847).[5]