John Ramsey McCulloch (1 March 1789 – 11 November 1864), a Scottish economist, author and editor, is widely regarded as the leader of the Ricardian school of economists after the death of David Ricardo in 1823. He was appointed the first professor of political economy at University College London in 1828. He wrote extensively on economic policy, and was a pioneer in the collection, statistical analysis and publication of economic data.

McCulloch was a co-founder, and one of the first editors, of The Scotsman newspaper, and worked on the Edinburgh Review. He edited the 1828 edition of The Wealth of Nations.[1]

McCulloch attended the University of Edinburgh, but did not graduate.[2]

McCulloch collected the early literature of political economy, and wrote on the scope and method of economics and the history of economic thought.[3][4] After his death his library was purchased by Lord Overstone and eventually presented to the University of Reading. He was a participant in the Political Economy Club, London, founded by James Mill[5] and a circle of friends in 1821 for an ongoing discussion of the fundamental principles of political economy.

McCulloch's works include a textbook, Principles of Political Economy (Edinburgh 1825). He worked on subsequent editions until his death. This book contains a memorable discussion of the origins of profit or interest in the case of a cask of new wine.

"Suppose that a cask of new wine, which cost £50, is put into a cellar, and that, at the end of twelve months, it is worth £55, the question is: Should the £5 of additional value, given to the wine, be considered as a compensation for the time the £50 worth of capital has been locked up, or should it be considered as the value of additional labour actually laid out in the wine?"

This question is still used in discussions of the labour theory of value and related issues. McCulloch used it to illustrate that "time cannot of itself produce effect; it merely affords space for really efficient causes to operate, and it is therefore clear it can have nothing to do with value." Reflecting on discussions in the Political Economy Club, Ricardo had privately expressed his famous opinion about the "non-existence of any measure of absolute value."[6]

McCulloch died in 1864, and is buried in Brompton Cemetery, London.

"But probably no member of the English school has been so unhappy in his treatment of the subject or done the theory of interest such a disservice as McCulloch,"

"He hovers about the fringes of a number of divergent opinions. He penetrates just far enough into each to become involved in glaring self-contradictions, but he does not expand any one of them sufficiently to form a theory that even approaches consistency."

The labour theory of value is an exception, in that McCulloch seems more insistent about it than about any of the contradictory hypotheses he entertained, Böhm-Bawerk conceded, but the form of that theory McCulloch endorsed was "the most absurd that could possibly occur to a serious thinker."

On the subject of the wine cask, Böhm-Bawerk wrote that there was an "enormous difference between what he was supposed to prove and what he did prove." Although such examples may prove that the mere passage of time is not enough of a change to produce an increase of value, that hardly helps the labour theory of value. The physical changes in the wine are produced by the microbes involved in the fermentation process, and the change in exchange value involves the public's subjective preference for wine over grape juice, and old wine over new. 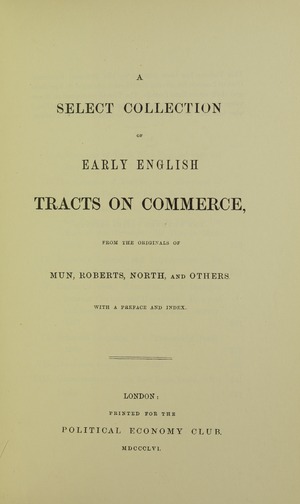