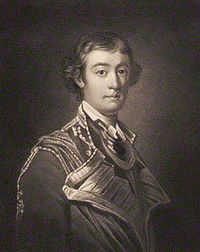 Born The Honourable John West, he was the son of John West, 7th Baron De La Warr and his first wife, the former Lady Charlotte McCarthy. In 1746, West entered the army as an ensign in the 3rd Infantry Guards, rising to the ranks of colonel in 1758, major-general in 1761 and lieutenant-general in 1770.

Lord De La Warr died in Audley Square, London on 22 November 1777 and was buried in St. Margaret's, Westminster on 30 November that year. His titles passed to his eldest son, William.