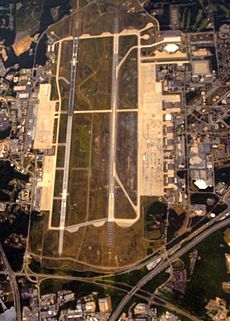 The base is named for Lieutenant General Frank Maxwell Andrews (1884–1943), former Commanding General of United States Forces in the European Theater of Operations during World War II. The base is widely known for serving as the home base of two Boeing VC-25 aircraft which have the call sign Air Force One while the President of the United States is on board.[4]

For statistical purposes the base is delineated as a census-designated place by the U.S. Census Bureau. As of the 2010 census, the resident population was 2,973.[5]

The following units are based at Andrews:

The 89th Airlift Wing is responsible for worldwide special air mission airlift, logistics and communications support for the President, Vice President and other U.S. senior leaders. Air Force One is assigned to the 89th AW.

The Air Force District of Washington (AFDW) is composed of two wings, one group and two Ceremonial Elements. The 11th Wing and the 79th Medical Wing at Joint Base Andrews. Also under AFDW is the Air Force Operations Group (AFOG) at the Pentagon and the 844th Communications Group. The Air Force Operations Group is the principal operational entity of the Air Staff in support of the Secretary of the Air Force and the Chief of Staff of the Air Force. The 79th Medical Wing and 844th Communications Group both have specialized missions where they will be the single Air Force voice in the National Capital Region (NCR) for their respective fields of expertise. The 11th Wing will fulfill duties as the host base organization of Andrews while also supporting AFDW requirements. Through the U.S. Air Force Band and the U.S. Air Force Honor Guard, the 11th Wing also provides ceremonial and musical support throughout the National Capital Region and worldwide.

The 79th Medical Wing is the Air Force's single medical voice for planning and implementing Air Force and joint medical solutions within the National Capital Region (NCR). Activated on May 10, 2006, it is the largest wing within the Air Force District of Washington and only the second medical wing in the Air Force. 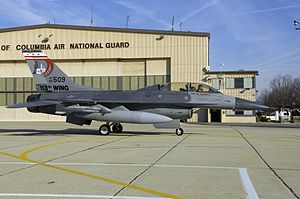 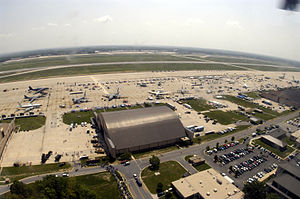 Aerial view of the Andrews flight line in May 2004.

There were 1,932 households out of which 75.9% had children under the age of 18 living with them, 86.1% were married couples living together, 7.3% had a female householder with no husband present, and 3.5% were non-families. 3.2% of all households were made up of individuals, none of whom was 65 years of age or older. The average household size was 3.39 and the average family size was 3.44.

The installation commander of Joint Base Andrews approved a logo re-design in the spring of 2014, which aimed to improve the branding and the overall appearance of the installation across all platforms. The project took several months and went through numerous design changes before approval, but was finalized in the late summer. The new JBA logo project was led and chiefly designed by Senior Airman Dan Burkhardt with important contributions by Mr. Dean Markos, who were both serving the Air Force in the 11th Wing Public Affairs office. The logo was approved and disseminated across all digital platforms and marketed locally in the fall of 2014.

The new logo was re-designed with a flatter, more modern design aesthetic that could comfortably occupy a number of different mediums, from mobile apps, to installation trucks and signs. Contained in it are a number of design elements that refer directly to the joint mission of the installation, which is home to several Air Force Major Commands, Naval Commands, a Marine detachment and a number of other military and government related units.

Additional versions of the official logo 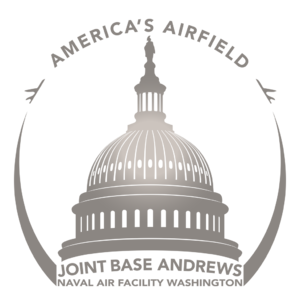 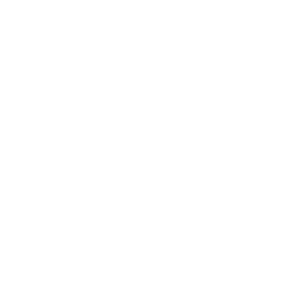