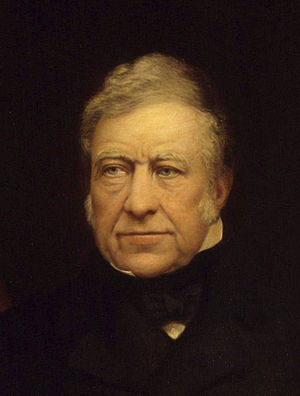 He studied medicine at the University of Edinburgh and moved to India in 1797. There, he was commissioned as a surgeon to an Army regiment, and was able to take up work as an interpreter and commissary-general due to his knowledge of Indian languages.

His knowledge of chemistry helped him provide the administration with a method to recover damp gunpowder in 1802, on the eve of Lord Lake's Maratha war. In 1808, he resigned and returned home with a fortune of about £40,000.

Between 1808 and 1811, he travelled around England and Europe and, in 1812, published a blank verse translation of The Inferno.

In 1812, he purchased a seat in Parliament for Weymouth, Dorset, England, and voted as a Tory. When the parliament was dissolved the patron refused to return his money, and Hume brought an action to recover part of it. Six years later, Hume again entered the House, and made acquaintance with James Mill and the philosophical reformers of the school of Jeremy Bentham. He joined with Francis Place, of Westminster, and other philanthropists, to help improve the condition of the working classes, labouring especially to establish schools for them on the Lancastrian system, and forming savings banks.

In 1818, soon after his marriage with Miss Burnley, the daughter of an East India Company director, he was returned to Parliament as member for the Aberdeen Burghs, Borders, Scotland. He was afterwards successively elected for Middlesex, England (1830), Kilkenny, Ireland (1837) and for the Montrose Burghs, Montrose, Scotland (1842), in the service of which constituency he died.

From the date of his re-entering Parliament, Hume became the self-appointed guardian of the public purse, by challenging and bringing to a direct vote every single item of public expenditure. In 1820, he secured the appointment of a committee to report on the expense of collecting tax revenue. He was very active and became known as someone who gave Chancellors of the Exchequer no peace. He exercised a check on extravagance, and helped to abolish the sinking fund. It was he who caused the word "retrenchment" to be added to the Radical programme "peace and reform." He carried on a successful warfare against the old anti-trade union combination laws that hampered workmen and favoured masters. He brought about the repeal of the laws prohibiting the export of machinery, and of the act preventing workmen from going abroad. He constantly protested against flogging in the army, the impressment of sailors and imprisonment for debt.

He was conspicuous in the agitation raised by the so-called Orange plot to set aside William IV of the United Kingdom in favour of Ernest Augustus I of Hanover (1835 and 1836). His action as trustee for the notorious Greek loan in 1824 was at least not delicate, and was the ground of charges of downright dishonesty.

In 1837 he initiated a plan for a memorial to the Scottish Political Martyrs.[2] The monument is in the form of a 90-foot (27 m) obelisk of grey-black sandstone blocks, and is inscribed with the names of the five men:

In February 1852, a second monument to the Scottish Political Martyrs, again initiated by Hume, was unveiled at Nunhead Cemetery, London.[3]

He died in 1855 and is buried to the north-east of the main chapel in Kensal Green Cemetery in London next to his good friend William Williams.

A memorial of Hume was published by his son Joseph Burnley Hume (London, 1855). Another son, Allan Octavian Hume, a renowned ornithologist, also went into the Indian Civil Service and was involved in much political activism during his career, especially on behalf of India, and founded the Indian National Congress.

According to Hawkins' History of the Silver Coinage of England, a groat was known as a "Joey", "so called from Joseph Hume, M.P., who strongly recommended the coinage for the sake of paying short cab-fares, etc."[4]

A statue of Hume stands in the High Street of Montrose, at its intersection with Hume Street [1].