Varela won the 2014 presidential election with over 39% of the votes, against the Cambio Democrático Party, led by his former political partner Ricardo Martinelli, whose candidate was José Domingo Arias.[1] He was sworn in as president on 1 July 2014.

Born in Panama City to Luis José Varela Arjona and Bexie Esther Rodríguez Pedreschi.[2][3] Varela is a businessman and entrepreneur, whose family hails from Herrera Province. His paternal grandfather José Varela Blanco emigrated from Bergondo, Galicia in Spain and settled in the district of Pesé, Herrera in Panama.[4] After graduating from Colegio Javier, he attended the Georgia Institute of Technology in the United States, where he graduated with a Bachelor of Science degree in Industrial Engineering in 1985.[5]

In the private sector, Varela has been on the board of his family company since 1986, serving as Executive Vice-President of Varela Hermanos S.A. until 2008.[6]

Varela entered politics in the early 1990s, becoming chief of the Panameñista Party campaign in 1994 and was the Panameñista Party's presidential candidate during the 2009 election; Varela joined forces with his rival, Ricardo Martinelli, as vice-presidential candidate, being sworn in on 1 July 2009 as Vice-President of Panama under President Martinelli.[7] Varela won the 2014 presidential election, winning against the ruling-party candidate José Domingo Arias, who was supported by Cambio Democrático, a party led by outgoing President Ricardo Martinelli. Varela won about 39% of the vote against 32% for Arias.[8] The subject announced he would seek to change the legislative body through constitutional changes.[9]

Its popularity is affected by declining economic activity, rising living costs, corruption scandals and the crisis in the health and justice sectors.[11] 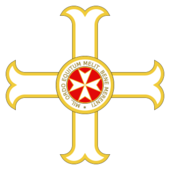 He is the son of José Varela and Beixie née Rodríguez. Varela married Panamanian journalist Lorena Castillo in 1992.[12]