i/dʒʊˈlaɪ/ juu-LY) is the seventh month of the year (between June and August) in the Julian and Gregorian Calendars and one of seven months with the length of 31 days. It was named by the Roman Senate in honor of the Roman general, Julius Caesar, it being the month of his birth. Prior to that, it was called Quintilis.

In the Northern Hemisphere, "Dog days" are considered to begin in early July, when the hot sultry weather of summer usually starts. Spring lambs, born in late winter or early spring, are usually sold before July 1. 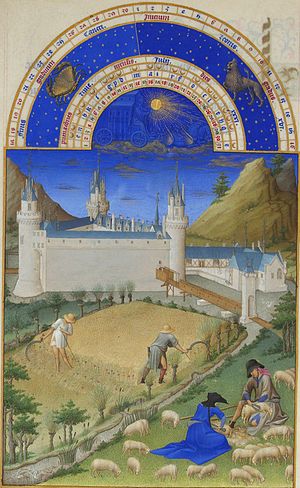 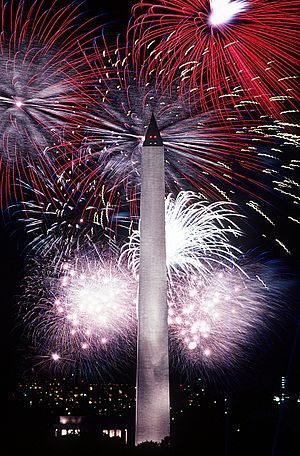 Fireworks in Washington, DC, to celebrate Independence Day on July 4

Thursday before the first Monday in August (2016 date: July 28