Jumièges is a commune in the Seine-Maritime department in the Haute-Normandie region in northern France.

A forestry and farming village situated in a meander of the river Seine, some 21 kilometres (13 mi) west of Rouen, at the junction of the D65 and the D143 roads. A ferry service operates here, connecting the commune with the south and west sides of the river.

It is best known as the site of Jumièges Abbey, a typical Norman abbey of the Romanesque period, and the home of the pro-Norman chronicler William of Jumièges who wrote the Gesta Normannorum Ducum about 1070. Now ruined, the abbey dates from 1067, when it was consecrated in the presence of William the Conqueror. 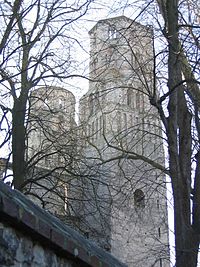 The tower of Jumièges abbey 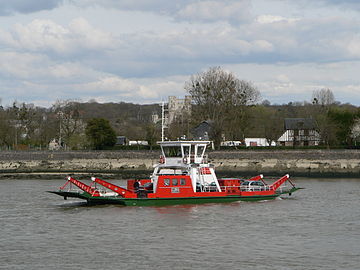 People linked with the commune