Jury selection are many methods used to choose the people who will serve on a jury. The jury pool, also known as the venire, is first selected from among the community using a reasonably random method. Jury lists are compiled from voter registrations and driver license/state ID renewals. From those lists, summonses are mailed. A panel of jurors is then assigned to a courtroom. The prospective jurors are randomly selected to sit in the jury box. At this stage they will be questioned in court by the judge and/or attorneys in the United States. Depending on the jurisdiction, attorneys may have an opportunity to mount a challenge for cause argument or use one of a limited number of peremptory challenges. In some jurisdictions that have capital punishment, the jury must be death-qualified to remove those who are opposed to the death penalty. Jury selection and techniques for voir dire are taught to law students in trial advocacy courses. However, attorneys sometimes use expert assistance in systematically choosing the jury, although other uses of jury research are becoming more common. The jury selected is said to have been "empaneled." 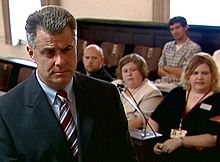 Depiction of an attorney asking questions during jury selection.

Selected jurors are generally subjected to a system of examination whereby both the prosecution (or plaintiff, in a civil case) and defense can object to a juror. In common law countries, this is known as voir dire. Voir dire can include both general questions asked of an entire pool of prospective jurors, answered by means such as a show of hands, and questions asked of individual prospective jurors and calling for a verbal answer. In some jurisdictions, the attorneys for the parties may question the potential jurors; in other jurisdictions, the trial judge conducts the voir dire.

The method and scope of the possible rejections varies between countries:

In the United States the process of voir dire is often much more in depth than in other countries and its practical implementation is somewhat controversial because of this. The amount of privacy that the potential jurors are afforded when asked questions raises the issue of the definition of "impartial jury". Some people[who?] question if the intensive questioning of potential jurors looks not just for inherent bias but for a potential to be emotionally swayed. On the other hand, proponents argue that this method gives both sides more confidence in the verdict.

In the United States, capital cases (cases where the prosecution pursues the death penalty), the jury must often be "death-qualified". A death-qualified jury is one in which all members of the venire that categorically object to capital punishment are removed. This has the effect of ensuring that the jury will be willing to hand down a sentence of death, if they feel the crime warrants it. The United States Supreme Court has ruled that the practice is constitutional. Critics object to death-qualification because empirical evidence[2] has shown that death-qualified jurors are more likely to convict defendants of crimes than are jurors generally.

In the 1970s and 1980s in the United States, scientific jury selection — the use of expert assistance to more effectively use peremptory challenges — became more common. The practice has proven controversial because of fears that it gives lawyers the ability to "fix" the jury and enhances the distorting effect of money. However, research indicates that the effect of the practice is modest at best.[3]

Currently, the more generic jury consulting or jury research is increasingly more common as attorneys trying high-stakes cases demand assistance through all parts of the trial process. The still more generic field of trial consulting also contains a myriad of other tools and techniques not directly related to juries.

In three studies legal authoritarianism, attitudes toward psychiatrists, and attitude toward the insanity defense were examined as predictors of conviction-proneness in insanity defense cases.[4] Some experts believe that 85% of cases litigated are won or lost in the jury selection phase.[5]