listen)) is a city in Germany. It is the capital of the district of Anhalt-Bitterfeld in Saxony-Anhalt, about 30 km (19 mi) north of Halle.

Köthen is the location of the main campus and the administrative centre of the regional university, Anhalt University of Applied Sciences/Hochschule Anhalt which is especially strong in information technology. The city is conveniently located at the hub of the Magdeburg-Leipzig, Dessau–Köthen and Köthen–Aschersleben railways.

Köthen is situated in a fertile area with rich black soil suitable to the cultivation of sugar-beets. Industry includes high-tech engineering, manufacture of cranes, as well as chemicals, printing, and foodstuffs.

Owing to the fertile soil of the region, the area of Köthen is unusually rich in archaeological discoveries. The earliest signs of human habitation date from the early Stone Age about 250,000 years ago, and evidence of every succeeding historical period may be found in the collections of the local Prehistorical Museum.

The first documentary mention of "Cothene" dates to 1115; by 1194 it was already known as a market town, becoming a seat of the princes of Anhalt. Köthen was chartered in 1200. For over two centuries (1603–1847) it was the capital of the independent principality (from 1806, duchy) of Anhalt-Köthen.

The town has long been known to classical music enthusiasts as the place of origin of Johann Sebastian Bach's best-known secular works, including the Brandenburg concertos and the Well-Tempered Clavier. Bach worked in Köthen from 1717 to 1723 as Kapellmeister for Prince Leopold von Anhalt-Köthen. It is also the birthplace of the composer Carl Friedrich Abel who, together with Johann Christian Bach, founded the popular "Bach-Abel Concerts" in London, the first subscription concerts in England.

Köthen's castle has been fully restored except for a small side wing bombed in 1944. Its Hall of Mirrors where Bach's music is now often performed is a popular attraction. It can be seen on DVD in the Freiburg Baroque Orchestra's recording of the Brandenburg concertos. Since 1967 a bi-annual Bach Festival has been held at Köthen, in the various halls of the castle as well as the local churches. Another concert hall was opened in 2008 in the castle complex.

Samuel Hahnemann, the founder of homeopathy, practised in Köthen from 1821 to 1834, and during this period he published many of his best-known works. In 1855 his disciple Arthur Lutze opened a palatial homeopathic clinic. Hahnemann's home is now open to tourists, and includes an actual working homeopathic practice. The city has become the national center of homeopathy, location of congresses, and the seat of the new European Homeopathic Library. In 2013, the international homeopathic medical society, Liga Medicorum Homoeopathica Internationalis, relocated its main operations to Köthen, so the city now is kind of a "world's capital of homeopathy".

Köthen located to the south from Magdeburg, north from Halle (Saale), west from Dessau and east from Bernburg (Saale). On the north of Anhalt-Bitterfeld district begins the Middle Elbe Biosphere Reserve. Ziethe flows in the north part of the town.

Administrative subdivisions (dt.: Ortsteile) of the municipality are:

With the administrative restructuring in 2004, the following villages were incorporated:

The monument of J.S. Bach in front of the house the composer's family lived in, 1719-1723.
File:SchlossKöthen4-2012.JPG
The southern wing of the castle (Ludwigsbau). It holds the Hall of Mirrors and the chapel. 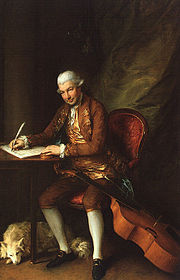 Köthen is twinned with two cities:

Siemianowice Śląskie, Poland (since 1993) and

Langenfeld, North-Rhine-Westphalia (since 1990) and