The KBO League (Hangul: KBO 리그),[1][2] originally called the Korea Baseball Championship (Hangul: 한국야구선수권대회; Romanization: Hanguk Yagu Seonsukkwon Daehoe) is the highest level league of baseball in South Korea. The KBO League was originally founded with six franchises in 1982 and currently has ten franchises throughout the nation.[3] Nine of the ten franchises are named after the companies or business conglomerates which own them, while one sold their naming rights (Nexen Heroes).[4]

The first game was played on March 27, 1982 between Samsung Lions and the MBC Chungyong (now the LG Twins) in Dongdaemun Baseball Stadium, Seoul. Then-president Chun Doo-hwan threw the first pitch.

The inaugural franchises were:

In 1985, the Sammi Superstars became known as the Cheongbo Pintos. The next year, 1986, saw some major changes, with the OB Bears moving from Daejeon to share the Seoul's Jamsil Baseball Stadium with MBC Chungyong in Seoul. A new franchise, the Binggrae Eagles, joined to replace vacancy of Daejeon by OB's moving and expanding the league to seven franchises. 1988 saw the Cheongbo Pintos change ownership again, becoming the Pacific Dolphins. In 1990, MBC Chungyong became the LG Twins and an eighth franchise was added, the Ssangbangwool Raiders who represented the Jeollabuk-do region.

There was little change in the 90's except for a few major sponsors: 1993 saw the Binggrae Eagles become the Hanwha Eagles, in 1995 the Pacific Dolphins became the Hyundai Unicorns and the OB Bears in 1999 became the Doosan Bears. Bigger changes were affected in 2000 when the Hyundai Unicorns moved from Incheon to Suwon, and a new franchise, the SK Wyverns took their place in Incheon. The Ssangbangwool Raiders became defunct. In 2001, the Haitai Tigers became the Kia Tigers.

In 2008, the Hyundai Unicorns franchise was disbanded, re-founded the Woori Heroes and moved to Mok-dong in Seoul, after a disappointing season in 2007 both on and off the field. Despite winning championships in 1998, 2000, 2003 and 2004, fans never really took to the franchise after their move from Incheon. Also, while the franchises in Busan, Daegu, Daejeon, and Gwangju did not have to compete with other franchises for fans, the Suwon-based Unicorns struggled to compete with the nearby Seoul franchises.

Founding member the Kia Tigers (formerly the Haitai Tigers) had won 10 of the 29 national championships.

Many of the players who excel in the Korean league go on to play for franchises in Nippon Professional Baseball in Japan. Such players in the NPB include Lee Seung-yuop for the Yomiuri Giants, Kim Tae-kyun for the Chiba Lotte Marines, Lim Chang-yong for the Tokyo Yakult Swallows, and Tyrone Woods also for the Chunichi Dragons (former Doosan Bears player).

Starting with the 2015 season, each team plays 144 games in the regular season, increased from 128 due to an expansion team. Each team plays every other 16 times.[5]

On mid-July every year, the best players participate in the KBO All-Star Game. The franchises participating are divided into two sets of teams: Dream All-Stars (Doosan, KT, Lotte, Samsung, and SK) and Nanum All-Stars (Kia, Hanwha, LG, NC and Nexen). Unlike in the MLB, the KBO All-star game does not determine home-field advantage in the KBO Korean Series.

The KBO League's season culminates in its championship series, known as the KBO Korean Series. Currently, the top four teams qualify for the post-season based on win/loss records. The team with the best record gains a direct entry into the KBO Korean Series, while the other three teams compete for the remaining place in a step-ladder playoff system:

Any playoff games ending in an official tie are replayed, thereby raising the possibility of a close series containing more than the originally scheduled 5 or 7 games.

Traditionally, Korea Professional Baseball games have a maximum number of extra innings before a game is declared an official tie. The KBO abolished this limit for the 2008 season, however it was reinstated in 2009, with a 12-innings limit imposed during both regular season and playoff games.[6] However, no extra innings are played in the first game of a double-header, with games limited to 9 innings.[7] Starting from the 2009 season, tied games count as a loss for both teams for percentage calculation purposes; from 2002 until 2007 they were considered a "no game"; prior to this they counted as half a win and half a loss.

The league places a cap on the number of foreign players allowed on club rosters. The foreign player limit is currently set at three, increased from 2 players from 2014.

All teams use the designated hitter rule. 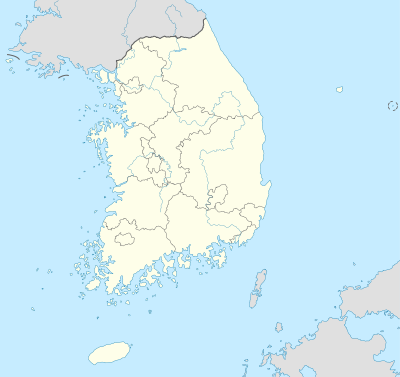