From Infogalactic: the planetary knowledge core
(Redirected from Kingdom of Lombardy-Venetia)
Jump to: navigation, search

The Kingdom of Lombardy–Venetia (Italian: Regno Lombardo-Veneto, German: Königreich Lombardo–Venetien), commonly called the Lombardo-Venetian Kingdom, was a constituent land (crown land) of the Austrian Empire. It was created in 1815 by resolution of the Congress of Vienna in recognition of the Austrian House of Habsburg-Lorraine's rights to Lombardy and the former Republic of Venice after the Napoleonic Kingdom of Italy, proclaimed in 1805, had collapsed.[3] It was finally dissolved in 1866 when its remaining territory fell to the Kingdom of Italy. 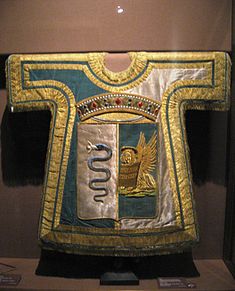 In 1814, Treaty of Paris the Austrians had confirmed their claims to the territories of the former Lombard Duchy of Milan, which had been ruled by the Habsburg Monarchy since 1718 and together with the adjacent Duchy of Mantua by the Austrian branch of the dynasty from 1713 to 1796, and of the former Republic of Venice, which had been under Austrian rule intermittently upon the 1797 Treaty of Campo Formio.

The Congress of Vienna combined these lands into a single kingdom, ruled in personal union by the Habsburg Emperor of Austria; as distinct of the neighbouring Grand Duchy of Tuscany, the Duchy of Modena and Reggio as well as the Duchy of Parma, which remained independent entities under Habsburg rule. The Austrian emperor was represented day-to-day by viceroys appointed by the Imperial Court in Vienna and resident in Milan and Venice.[2][4][5][6]

The Kingdom of Lombardy–Venetia was first ruled by Emperor Francis I from 1815 to his death in 1835. His son Ferdinand I ruled from 1835 to 1848. In Milan on 6 September 1838 he became the last king to be crowned with the Iron Crown of Lombardy. The crown was subsequently brought to Vienna after the loss of Lombardy in 1859, but was restored to Italy after the loss of Venetia in 1866.

Though the local administration was Italian in language and staff, the Austrian authorities had to cope with the Italian unification (Risorgimento) movement. After a popular revolution on 22 March 1848, known as the "Five Days of Milan", the Austrians fled from Milan, which became the capital city of a Governo Provvisorio della Lombardia (Lombardy Provisional Government). The next day, Venice also rose against the Austrian rule, forming the Governo Provvisorio di Venezia (Venice Provisional Government). The Austrian forces under Field Marshal Joseph Radetzky, after defeating the Sardinian troops at the Battle of Custoza (24–25 July 1848), entered Milan (6 August) and Venice (24 August 1849), and once again restored Austrian rule.

Emperor Franz Joseph I of Austria ruled over the Kingdom for the rest of its existence. The office of Viceroy was abolished and replaced by a Governor-General. The office was initially assumed by Field Marshal Radetzky, upon his retirement in 1857 it passed it to Franz Joseph's younger brother Maximilian (who later became Emperor of Mexico), who served as Governor-General in Milan from 1857 to 1859.

End of the Kingdom

After the Second Italian War of Independence and the defeat in the Battle of Solferino in 1859, Austria by the Treaty of Zurich had to cede Lombardy up to the Mincio River, except for the fortresses of Mantua and Peschiera, to the French Emperor Napoleon III, who immediately passed it to the Kingdom of Sardinia and the embryonic Italian state. Maximilian retired to Miramare Castle near Trieste, while the capital was relocated to Venice, however, remaining Venetia and Mantua likewise fell to the Kingdom of Italy in the aftermath of the Austro-Prussian War, by the 1866 Peace of Prague.[7] The territory of Venetia and Mantua was formally transferred from Austria to France, and then handed over to Italy on 19 October 1866, for diplomatic reasons; a plebiscite marked the Italian annexation on 21–22 October 1866.[8]

Administratively the Kingdom of Lombardy–Venetia comprised two independent governments (Gubernien) in its two parts, which officially were declared separate crown lands in 1851. Each part was further subdivided in several provinces, roughly corresponding with the départements of the Napoleonic Kingdom of Italy.