From Infogalactic: the planetary knowledge core
Jump to: navigation, search
For other uses, see Kintyre (disambiguation). 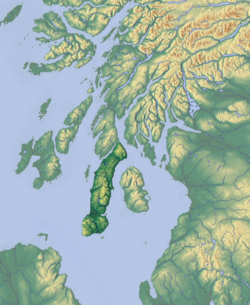 Kintyre is long and narrow, at no point more than 11 miles (18 km) from west coast to east coast. The east side of the Kintyre Peninsula is bounded by Kilbrannan Sound, with a number of coastal peaks such as Torr Mor. The central spine of the peninsula is mostly hilly moorland. The coastal areas and hinterland, however, are rich and fertile. Kintyre has long been a prized area for settlers, including the early Scots who migrated from Ulster to western Scotland and the Vikings or Norsemen who conquered and settled the area just before the start of the second millennium.

The principal town of the area is Campbeltown (about 5.5 miles (8.9 km) by road from the Mull), which has been a royal burgh since the mid-18th century. The area's economy has long relied on fishing and farming, although Campbeltown has a reputation as a producer of some of the world's finest single malt whisky. Campbeltown Single Malts include the multi-award winning 'Springbank'.

Kintyre Pursuivant of Arms in Ordinary, one of the officers of arms at the Court of the Lord Lyon, is named after this peninsula.

Towns and villages in Kintyre 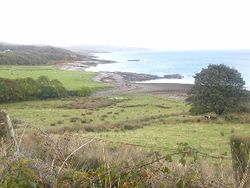 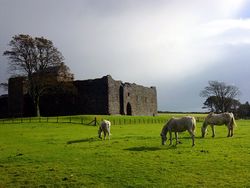 No railways remain in use but there was a light railway from Campbeltown to Machrihanish from 1876 until 1931, initially built to transport coal. (see Campbeltown and Machrihanish Light Railway) 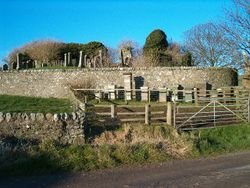 Ruins of the old church at Kilchenzie with beehives below. 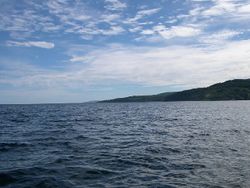 The Mull of Kintyre test is said to be an unofficial guideline of the British Board of Film Classification for the censorship of adult films and images.