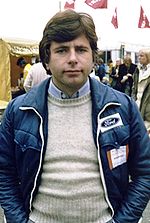 He also known as and called König Ludwig for his success with touring cars and in sports car racing. 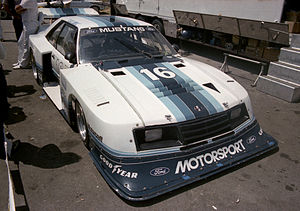 In the 1970s, Ludwig drove for Ford in the Deutsche Rennsport Meisterschaft, winning in 1979 with a Kremer-Porsche 935. With this car, based on the then 15-year-old Porsche 911 road car design, he won the 24 Hours of Le Mans overall in the wet, an unprecedented and never repeated win against the faster pure sports car racing prototypes.

In 1984 and 1985, he won the 24 Hours of Le Mans for Joest Racing in their #7 Porsche 956. Considering Le Mans and sportcars too dangerous after the deaths of Manfred Winkelhock and Stefan Bellof, he was recruited for the 1987 World Touring Car Championship for Ford only to finish runner-up by a single point to BMW driver Roberto Ravaglia after a post-season disqualification (after Ludwig claimed the pole, he and fellow West German Klaus Niedzwiedz had finished second behind team mates Steve Soper and Pierre Dieudonné at the Bathurst 1000 in Australia, but both cars were disqualified due to illegal wheel arch size on their Ford Sierra RS500's). He then moved to the Deutsche Tourenwagen Meisterschaft (DTM), and became champion in 1988 in a Ford Sierra RS500. Ludwig also represented IMSA in the 1986 International Race of Champions, finishing 8th.

He repeated the success at Mercedes-Benz in 1992 and 1994, before moving back to sports cars racing for them in 1997 to become the 1998 FIA GT Champion. He retired when the series did not continue in the 1999 season.

He soon returned in June 1999, to win the 24 Hours Nürburgring on the Nordschleife for the third time driving a Zakspeed Viper.

When the DTM resumed as Deutsche Tourenwagen Masters in 2000, he returned to the series, winning at the age of 50 years at the Sachsenring circuit, only to retire once again.

Ludwig returned as a "hobby pilot" to the Nürburgring Nordschleife when given the opportunity to drive a high power vehicle. The years 2004 and 2005 saw him enter the 24 Hours Nürburgring with Uwe Alzen on the Jürgen Alzen Porsche 996 GT2 Bi-Turbo. With a normally aspirated Porsche 997 GT3 of the Alzen brothers, Ludwig plus Christian Abt managed to beat the old distance record in the 2006 edition of the 24h, yet finished only second, 1 lap behind the winners.

Ludwig has also worked as a TV commentator on DTM races.