The Korean Liberation Army, established on September 17, 1941 in Chongqing, China, was the armed force of the Provisional Government of the Republic of Korea. Its commandant was General Ji Cheong-cheon, with General Lee Beom-seok, a hero of the Battle of Cheongsanri and future prime minister of South Korea as the Chief of Staff. Effectively a part of the Chinese forces upon which it was dependent, the army was limited by available manpower and did not get much above 1,000 strong. 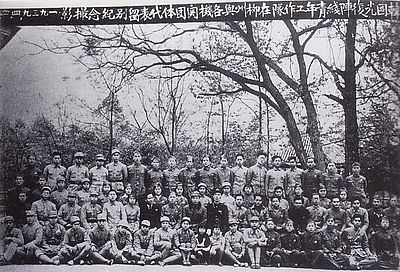 The KLA brought together many Korean guerrilla armies that proliferated in northern Korea, Manchuria and mainland China during the 1920s. After the declaration of war by the Provisional Government against Japan and Germany on December 9, 1941, the units of the KLA participated on the allied side in the Chinese and Southeast Asian theatres. The Regulation regarding the activities of the Korean Liberation Army, imposed by the Chinese Nationalist Government upon the provisional government in 1941, placed the KLA under the supreme authority of the Commander-in-chief of the Chinese army. This regulation was repealed in 1944, after the provisional government had achieved improved financial standing and greater importance in the eyes of the Chinese government.

The KLA was not idle during this period. The KLA sent troops to fight alongside British soldiers in the South-East Asian theatre of World War II, including the outskirts of Burma and India. In 1943, socialist-aligned guerrilla groups joined the KLA, and their leader, General Kim Wonbong, became the deputy commandant of the KLA. Its numbers were continuously boosted by the influx of Koreans escaping from the Japanese army (into which some in mainland Korea had been impressed) and through the recruitment of Koreans living in China. From its humble beginnings with an officer corps of 30 men at its foundation in 1941, the KLA grew to a substantial force with almost a thousand in active service by the end of the war. Thousands more were recruitable in Manchuria and Mainland China.

End of the War 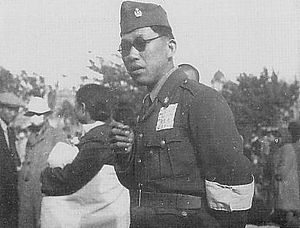 In 1945, the KLA was working in cooperation with the US Office of Strategic Services to train men for specialist military operations within Korea. The leading units were due to depart on August 20, with General Lee in command. However, the aspiration of the KLA to play a significant role in the liberation of Korea from Japanese occupation was not fulfilled, as Japan unconditionally surrendered to the Allies on August 15. Three days later, a helicopter[citation needed] carrying twenty-odd members of the KLA landed in Seoul, only to be forced back by the Japanese military, which refused to surrender until US military forces arrived. 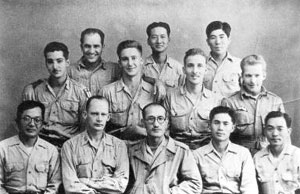 The members of the KLA returned to Korea during late 1945 and 1946. Many of its members, including Generals Ji and Lee, became part of the South Korean government, while General Kim contributed to the North Korean regime of Kim Il-sung, who himself claimed to have been a KLA commander.

There has been a movement in South Korea for years to change the National Armed Forces Day from October 1 to September 17 in honor of the foundation of the Korean Liberation Army in 1941.