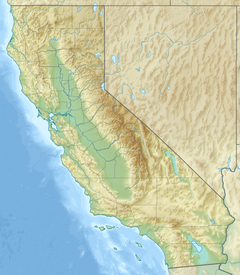 The ANA Inspiration (formerly known most recently as the Kraft Nabisco Championship, and still sometimes referred to as the Dinah Shore) is one of the five major championships of professional women's golf. An event of the LPGA Tour, it is held yearly at the Mission Hills Country Club in Rancho Mirage, California.

Founded in 1972 by entertainer Dinah Shore, the tournament has been classified as a major since 1983. Since its inception, it has been held annually at the Mission Hills Country Club in Rancho Mirage, California, southeast of Palm Springs. It is first major of the year, usually played in late March or early April. The current title sponsor is All Nippon Airways. IMG manages and operates the event for ANA.[1]

Tournament names through the years

Beginning in 1988, the tournament winner has celebrated her victory by jumping in the pond surrounding the 18th green. The pond is known as Champions Lake or "Poppie's Pond" as it was dubbed in 2006 honor of Terry Wilcox, the tournament director from 1994 through 2008; Wilcox is known as "Poppie" to his grandchildren.[2] Amy Alcott started the practice but it was not fully embraced until 1994 when Donna Andrews took the leap and it has since become a yearly tradition. One of the most memorable jumps was in 1991 after Alcott won for the third time and made the jump with then tournament host Dinah Shore. In 1998, winner Pat Hurst jumped in only up to her knees, as she could not swim.[3][4]

The tournament has become a popular tourist destination for some lesbians and bisexual women, drawing thousands of lesbian spectators each year to the golf events and associated parties.[5] It has been referred to as "spring break for lesbians."[6][7]

Winners before the event became a major in 1983

This table lists the golfers who have won more than one Kraft Nabisco Championship as a major.

This table lists the total number of titles won by golfers of each nationality as a major.