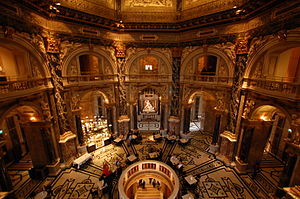 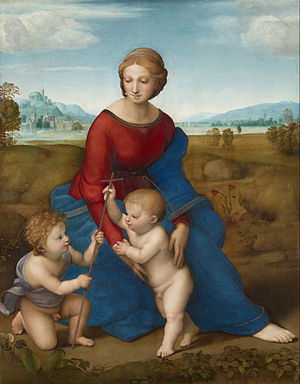 Madonna of the Meadow by Raphael. 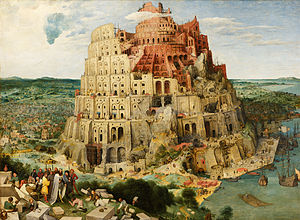 Tower of Babel by Pieter Brueghel. 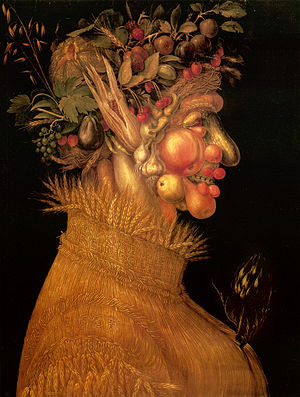 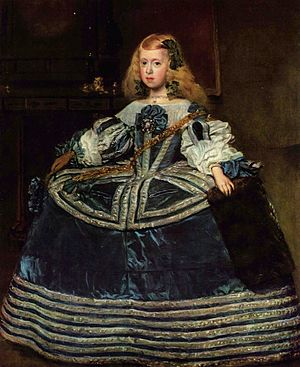 Infanta Margarita Teresa in a Blue Dress by Velázquez. It was opened around 1891 at the same time as the Naturhistorisches Museum, by Emperor Franz Joseph I of Austria-Hungary. The two museums have identical exteriors and face each other across Maria-Theresien-Platz. Both buildings were built between 1872 and 1891 according to plans drawn up by Gottfried Semper and Karl Freiherr von Hasenauer.

The two Ringstraße museums were commissioned by the Emperor in order to find a suitable shelter for the Habsburgs' formidable art collection and to make it accessible to the general public. The façade was built of sandstone. The building is rectangular in shape, and topped with a dome that is 60 meters high. The inside of the building is lavishly decorated with marble, stucco ornamentations, gold-leaf, and paintings.

Notable works in the picture gallery include:

The collections of the Kunsthistorisches Museum:

Also affiliated are the:

One of the museum's most important objects, the Cellini Salt Cellar sculpture by Benvenuto Cellini, was stolen on May 11, 2003 and recovered on January 21, 2006, in a box buried in a forest near the town of Zwettl, Austria. It was featured in an episode of Museum Secrets on the History Channel. It had been the biggest art theft in Austrian history.[2]

The museum is the subject of Johannes Holzhausen's documentary film The Great museum (2014), filmed over two years in the run up to the re-opening of the newly renovated and expanded Kunstkammer rooms in 2013.

The Kunsthistorisches Museum appears in considerable detail in the final mission of the video game Mafia: The City of Lost Heaven, developed by Illusion Softworks.[citation needed]