Lürssen (or Lürssen Werft) is a German shipbuilding company based in Bremen-Vegesack. 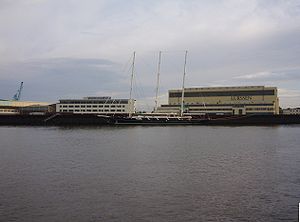 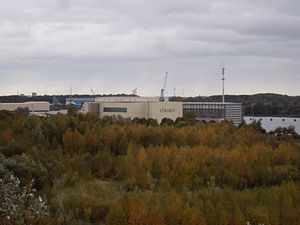 Lürssen designs and constructs yachts, naval ships and special vessels. Trading as Lürssen Yachts, it is one of the leading builders of custom superyachts such as Paul Allen's Octopus, David Geffen's Rising Sun, and Azzam, the largest private yacht in the world at 180m in length.[1]

Naval ships built by Lürssen include:

Lürssen is currently also involved with the building of Braunschweig class corvettes and is part of the ARGE F125 joint-venture designing the F125 class frigate.

Lursen-S was the name of a Soviet counter-espionage operation of the late 1940s/early 1950s that infiltrated and compromised Operation Jungle, an MI6 program that used Lürssen E-boats to insert British-trained Baltic agents into the Soviet Union.