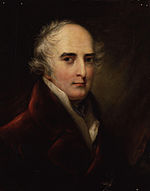 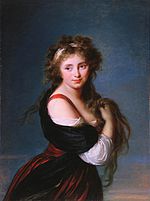 Her parents, the Marquess of Wellesley and Hyacinthe-Gabrielle Roland

Abdy had introduced her to his friend Lord Charles Bentinck, a younger son of former British Prime Minister William Cavendish-Bentinck, 3rd Duke of Portland. At some point during her first marriage, Anne and Lord Charles became lovers. They eloped on 5 September 1815, following which Abdy brought a suit for criminal conversation (crim.con. in Regency parlance) for 30,000 pounds, but won only 7,000 pounds in damages. During the discussion of the divorce bill, the customary provision against remarriage was struck out in the House of Lords. Lady Abdy (or rather, her husband Sir William Abdy) was granted a divorce on 25 June 1816. Anne and Lord William were married on 23 July 1816, enabling their first child (which she was expecting) to be born legitimate three weeks later.[2] They had four children: