Lakewood, one of Cleveland's inner-ring suburbs, borders the city of Cleveland to the west. Lakewood's population density is the highest of any city in Ohio and is roughly comparable to that of Washington, DC.

Lakewood is governed by an elected mayor and elected council. The council's strength is seven, with 4 members representing wards in the city and the other three are at-large council members. Lakewood is represented in the U.S. House of Representatives by Marcy Kaptur (OH-9,D). In the state assembly it is represented by Michael Skindell (D) in the State Senate and by Nickie Antonio (D) in the State House. The expected expenditure for 2010 for the City of Lakewood is $33.7 Million with the city bringing in revenues of $ 34.03 Million.[7] The current income tax is 1.5%.

Lakewood is a hotspot for immigrants arrival mostly from Middle East and Albania. The foreign born population was 8.7% in 2007.

There were 25,274 households of which 22.5% had children under the age of 18 living with them, 29.7% were married couples living together, 10.8% had a female householder with no husband present, 3.8% had a male householder with no wife present, and 55.7% were non-families. 44.8% of all households were made up of individuals and 9.8% had someone living alone who was 65 years of age or older. The average household size was 2.05 and the average family size was 2.99. 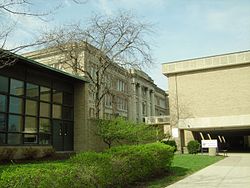 The City of Lakewood Public School System is managed by a directly elected school board. The Lakewood City Schools has been rated Continuous Improvement by the Ohio Dept. of Education in 2013. Lakewood boasts brand new elementary schools and middle schools. The high school is under renovation. Two more elementary schools are slated to be rebuilt or renovated in the next two years. The investment is the first major school building program in Lakewood since 1920. The Lakewood school system is one of the largest employers in the city of Lakewood. 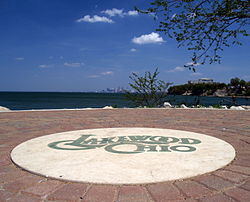 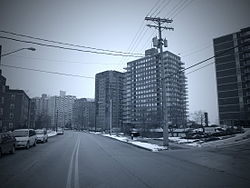 On October 30, 2015, Lakewood opened its “Solstice Steps” in the northwest corner of the Park. The steps are aligned in the direction of sunset on the summer solstice. They are constructed of white concrete blocks in five tiers; each tier has four steps and is separated from its fellows by green grass strips.[20]

Lakewood is home to a rather large number of high rises. While there are high rises throughout the city, most are concentrated in two areas: Gold Coast and in downtown Lakewood. 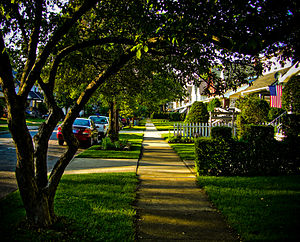 A residential street in Lakewood