There were 6,136 households out of which 32.1% had children under the age of 18 living with them, 41.8% were married couples living together, 23.2% had a female householder with no husband present, and 31.2% were non-families. 27.9% of all households were made up of individuals and 11.0% had someone living alone who was 65 years of age or older. The average household size was 2.46 and the average family size was 3.00. 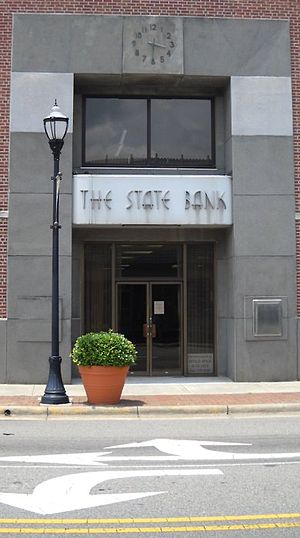 Laurinburg is served by the local newspaper, The Laurinburg Exchange.

Laurinburg has one sister city, as designated by Sister Cities International: