From Infogalactic: the planetary knowledge core
Jump to: navigation, search
Not to be confused with Leeward Islands. 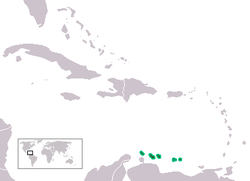 Map of the Leeward Antilles

The Leeward Antilles comprise (roughly from west to east):