From Infogalactic: the planetary knowledge core
Jump to: navigation, search
Not to be confused with Legitimacy (law). 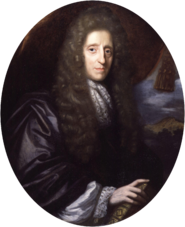 In political science, legitimacy is the right and authority to governed authority, usually a governing law or a régime. Whereas "authority" denotes a specific position in an established government, the term "legitimacy" denotes a system of government — wherein "government" denotes "sphere of influence". Political legitimacy is considered a basic condition for governing, without which a government will suffer legislative deadlock(s) and collapse. In political systems where this is not the case, unpopular régimes survive because they are considered legitimate by a small, influential élite.[1] In Chinese political philosophy, since the historical period of the Zhou Dynasty (1046–256 BC), the political legitimacy of a ruler and government was derived from the Mandate of Heaven, and unjust rulers who lost said mandate therefore lost the right to rule the people.

In moral philosophy, the term "legitimacy" is often positively interpreted as the normative status conferred by a governed people upon their governors' institutions, offices, and actions, based upon the belief that their government's actions are appropriate uses of power by a legally constituted government.[2]

The Enlightenment-era British social philosopher John Locke (1632–1704) said that political legitimacy derives from popular explicit and implicit consent of the governed: "The argument of the [Second] Treatise is that the government is not legitimate unless it is carried on with the consent of the governed."[3] The German political philosopher Dolf Sternberger said that "[l]egitimacy is the foundation of such governmental power as is exercised, both with a consciousness on the government's part that it has a right to govern, and with some recognition by the governed of that right."[4] The American political sociologist Seymour Martin Lipset said that legitimacy also "involves the capacity of a political system to engender and maintain the belief that existing political institutions are the most appropriate and proper ones for the society."[5] The American political scientist Robert A. Dahl explained legitimacy as a reservoir; so long as the water is at a given level, political stability is maintained, if it falls below the required level, political legitimacy is endangered.[1]

Legitimacy is "a value whereby something or someone is recognized and accepted as right and proper". In political science, legitimacy usually is understood as the popular acceptance and recognition by the public of the authority of a governing régime, whereby authority has political power through consent and mutual understandings, not coercion. The three types of political legitimacy described by German sociologist Max Weber are traditional, charismatic, and rational-legal: 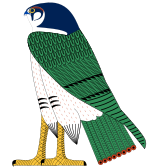 In a theocracy, government legitimacy derives from the spiritual authority of a god or a goddess. 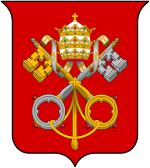 Theocracy: The coat of arms of the Holy See, the seat of Papal government.

The political legitimacy of a civil government derives from agreement among the autonomous constituent institutions—legislative, judicial, executive—combined for the national common good. One way civil society grants legitimacy to governments is through public elections.

Assessing the political legitimacy of a government can be done by looking at three different aspects of which a government can derive legitimacy from. Scharpf introduced two normative criteria, which are output legitimacy, i.e. the effectiveness of policy outcomes for people and input legitimacy, the responsiveness to citizen concerns as a result of participation by the people. A third normative criterion was added by Schmidt, who analyzes legitimacy also in terms of what she calls throughput, i.e. the governance processes that happen in between input and output.

Does legitimacy draw on actors or their actions? Abulof distinguishes between negative political legitimacy (NPL), which is about the object of legitimation (answering what is legitimate), and positive political legitimacy (PPL), which is about the source of legitimation (answering who is the ‘legitimator’). NPL is concerned with establishing where to draw the line between good and bad, PPL with who should be drawing it in the first place. From the NPL perspective, political legitimacy emanates from appropriate actions; from a PPL perspective, it emanates from appropriate actors. In the social contract tradition, Hobbes and Locke focused on NPL (stressing security and liberty, respectively), while Rousseau focused more on PPL ("the people" as the legitimator). Arguably, political stability depends on both forms of legitimacy.[7] 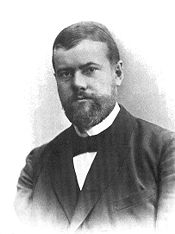 Max Weber proposed that societies behave cyclically in governing themselves with different types of governmental legitimacy. That democracy was unnecessary for establishing legitimacy, a condition that can be established with codified laws, customs, and cultural principles, not by means of popular suffrage. That a society might decide to revert from the legitimate government of a rational–legal authority to the charismatic government of a leader; e.g., the Nazi Germany of Adolf Hitler, Fascist Italy under Benito Mussolini, and fascist Spain under General Francisco Franco. 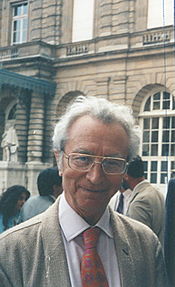 The French political scientist Mattei Dogan's contemporary interpretation of Weber's types of political legitimacy (traditional, charismatic, legal-rational) proposes that they are conceptually insufficient to comprehend the complex relationships that constitute a legitimate political system in the twenty-first century.[8] Moreover, Dogan proposed that traditional authority and charismatic authority are obsolete as forms of contemporary government (e.g., the Islamic Republic of Iran (est. 1979) rule by means of the priestly Koranic interpretations by the Ayatollah Khomeini). That traditional authority has disappeared in the Middle East; that the rule-proving exceptions are Islamic Iran and Saudi Arabia.[clarification needed][citation needed] Furthermore, the third Weber type of political legitimacy, rational-legal authority, exists in so many permutations no longer allow it to be limited as a type of legitimate authority.[clarification needed]

In determining the political legitimacy of a system of rule and government, the term proper — political legitimacy — is philosophically an essentially contested concept that facilitates understanding the different applications and interpretations of abstract, qualitative, and evaluative concepts such as "art", "social justice", et cetera, as applied in aesthetics, political philosophy, the philosophy of history, and the philosophy of religion.[9] Therefore, in defining the political legitimacy of a system of government and rule, the term "essentially contested concept" indicates that a key term (communism, democracy, constitutionalism, etc.) has different meanings within a given political argument. Hence, the intellectually restrictive politics of dogmatism ("My answer is right, and all others are wrong"), scepticism ("All answers are equally true or [false]; everyone has a right to his own truth"), and eclecticism ("Each meaning gives a partial view, so the more meanings the better") are inappropriate philosophic stances for managing a political term that has more than one meaning.[10] (see: Walter Bryce Gallie)

Forms of legitimate government are posited to include:[citation needed]