Sciascia was born in Racalmuto, Sicily. In 1935 his family moved to Caltanissetta; here Sciascia studied under Vitaliano Brancati, who would become his model in writing and introduce him to French novelists. From Giuseppe Granata, future Communist member of the Italian Senate, he learned about the French Enlightenment and American literature. In 1944 he married Maria Andronico, an elementary school teacher in Racalmuto. In 1948 his brother committed suicide, an event which had a profound impact on Sciascia.

Sciascia's first work, Favole della dittatura (“Fables of the Dictatorship”), a satire on fascism, was published in 1950 and included 27 short poems.[3] This was followed in 1952 by La Sicilia, il suo cuore, also a poetry collection, illustrated by Emilio Greco. The following year Sciascia won the Premio Pirandello, awarded by the Sicilian Region, for his essay "Pirandello e il pirandellismo."

In 1954 he began collaborating with literature and ethnology magazines published by Salvatore Sciascia in Caltanissetta. In 1956 he published Le parrocchie di Regalpetra, an autobiographic novel inspired by his experience as an elementary school teacher in his home town. In the same year he moved to teach in Caltanissetta, only to move again to Rome in 1957. In the autumn of that year he published Gli zii di Sicilia, including sharp views about themes such as the influence of the US and of communism in the world, and the 19th century unification of Italy.

After one year in Rome, Sciascia moved back to Caltanissetta, in Sicily. In 1961 he published the mystery Il giorno della civetta (The Day of the Owl), one of his most famous novels, and in 1963, the historical novel Il consiglio d'Egitto (The Council of Egypt), set in 18th-century Palermo. After a series of essays, in 1965 he wrote the play L'onorevole (The Honorable), a denunciation of the complicities between government and mafia. Another political mystery novel is 1966's A ciascuno il suo (To Each His Own).

The following year Sciascia moved to Palermo. In 1969 he began a collaboration with Il Corriere della Sera. That same year he published the play Recitazione della controversia liparitana dedicata ad A.D., dedicated to Alexander Dubček. In 1971 Sciascia returned again to mystery with Il contesto (The Challenge), which inspired Francesco Rosi's movie Cadaveri eccellenti (1976). The novel created polemics due to its merciless portrait of Italian politics. Same was the fate of Todo modo, in this case due to its description of Italian Catholic clergy.

At the 1975 communal elections in Palermo, Sciascia ran as an independent within the Italian Communist Party (PCI) slate, and was elected to the city council. In the same year he published La scomparsa di Majorana, dealing with the mysterious disappearance of scientist Ettore Majorana. In 1977 he resigned from PCI, due to his opposition to any dealing with the Christian Democratic party. Later he would be elected to the Italian and European Parliament with the Radical Party.

File:Leonardo Sciascia2.jpg
Sciascia as Member of the Chamber of Deputies, 1979.

A number of his books, such as The Day of the Owl (Il giorno della civetta) and Equal Danger (Il contesto), demonstrate how the Mafia manages to sustain itself in the face of the anomie inherent in Sicilian life. He presented a forensic analysis of the kidnapping and assassination of Aldo Moro, a prominent Christian Democrat, in his book The Moro Affair. Sciascia's work is intricate and displays a longing for justice while attempting to show how corrupt Italian society had become and remains. His linking of politicians, intrigue, and the Mafia gave him a high profile, which was very much at odds with his private self. This high profile resulted in his becoming widely disliked for his criticism of Giulio Andreotti, then Prime Minister, for his lack of action towards freeing Moro and answering the demands of the Brigate Rosse (Red Brigades).

Sciascia was part of a House of Deputies investigation into Moro's kidnapping, which stated that there was a certain amount of negligence on the part of the Christian Democrat Party in their stance that the state was bigger than a person and that they would not swap Moro for 13 political prisoners, even though Moro himself had stated that the swapping of innocent people for political prisoners was a valid option in negotiations with terrorists. However, senior members of the party disagreed with this stance and were of the view that Moro had been drugged and tortured to utter these words.

Sciascia's books are rarely characterized by a happy end and by justice for the ordinary man. Prime examples of this are Equal Danger, in which the police's best detective is drafted to Sicily to investigate a spate of murders of judges. Focusing on the inability of authorities to handle such investigation into the corruptions, Sciascia's hero is finally thwarted.

Sciascia wrote of his unique Sicilian experience, linking families with political parties, the treachery of alliances and allegiances and the calling of favors that result in outcomes that are not for the benefit of society, but of those individuals who are in favor.

His 1984 opus Occhio di Capra is a collection of Sicilian sayings and proverbs gathered from the area around his native village, to which he was intensely attached throughout his life. 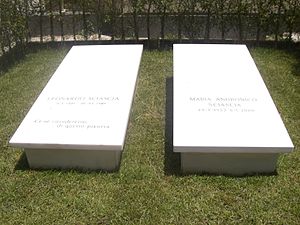 In Italian on Sciascia's works

In English on Sciascia's works